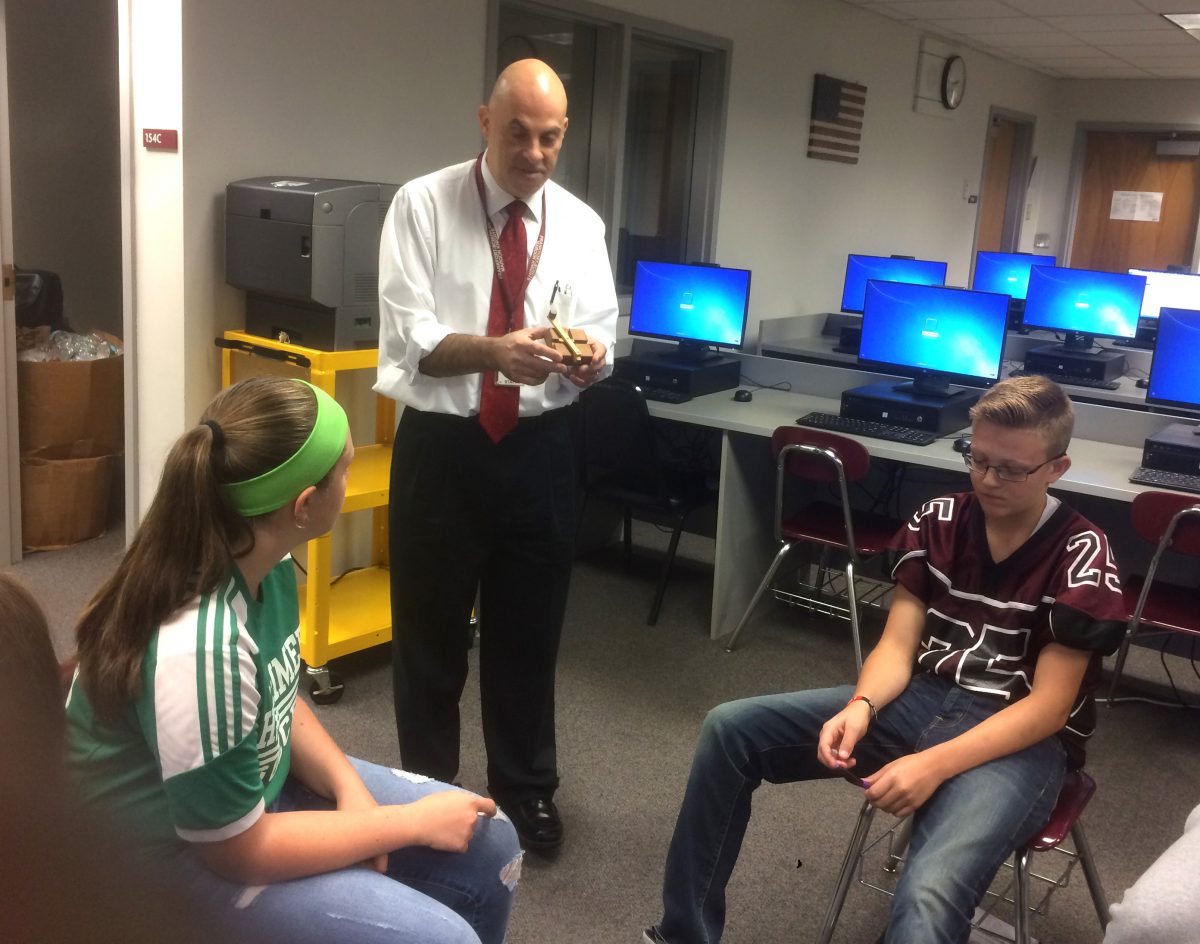 A curriculum exchange between Herkimer and Frankfort-Schuyler central school districts is going smoothly, according to officials from both districts.

Six students from Herkimer High School visit Frankfort-Schuyler each day to participate in the Project Lead the Way (PLTW) pre-engineering program. In addition, F-S students have the opportunity to participate in Herkimer’s Advanced Placement Art program.

Students from Herkimer agreed, saying that not only was the collaboration easy for them as far as transportation to and from the school each morning, but joining a group of peers from another school was not as challenging as they imagined.

“I like this collaboration because it gives us the opportunity to take the PLTW program that is not offered at our school,” said Abigail, a student from Herkimer High School. “It’s also cool because we are able to take classes that others can’t.”

Project Lead the Way, founded in 1997, is a nonprofit organization that develops science, technology, engineering and mathematics (STEM) curricula for use by elementary, middle and high schools.

Through PLTW, students can take a total of five courses throughout high school career (one each freshman, sophomore and junior years, and two their senior year). First-year students in Cantales’ Introduction to Engineering Design class are being introduced to software used by professional engineers.

“We use so much software that it helps in the real world,” said Cantales. “Being able to ‘test drive’ the software and the courses helps students to make an educated decision about their future.”

Miller said if the partnership continues to be successful, the district may look at other similar opportunities.