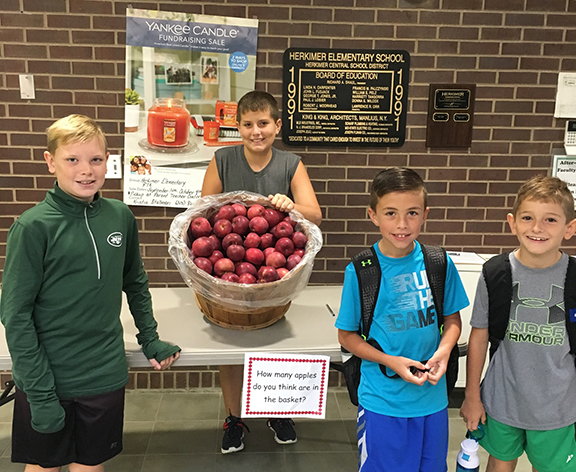 Herkimer Elementary marked “Johnny Appleseed Day” at the end of September with a tasty guessing game for students.

A large bushel basket filled with apples was displayed in the front lobby. Each student cast a vote to guess how many apples the basket held.

Both classes won a tray of apple muffins, strudels and fritters; an apple pie, apple cider, and half a bushel of apples.