Herkimer fifth-graders celebrated their graduation from the DARE program on Wednesday with pizza, cake, ice cream, balloons and more.

The 10-week program, which was run by school Resource Officer Matt Wright, educated students on decision-making with a focus on avoiding substance abuse and other dangerous behaviors. 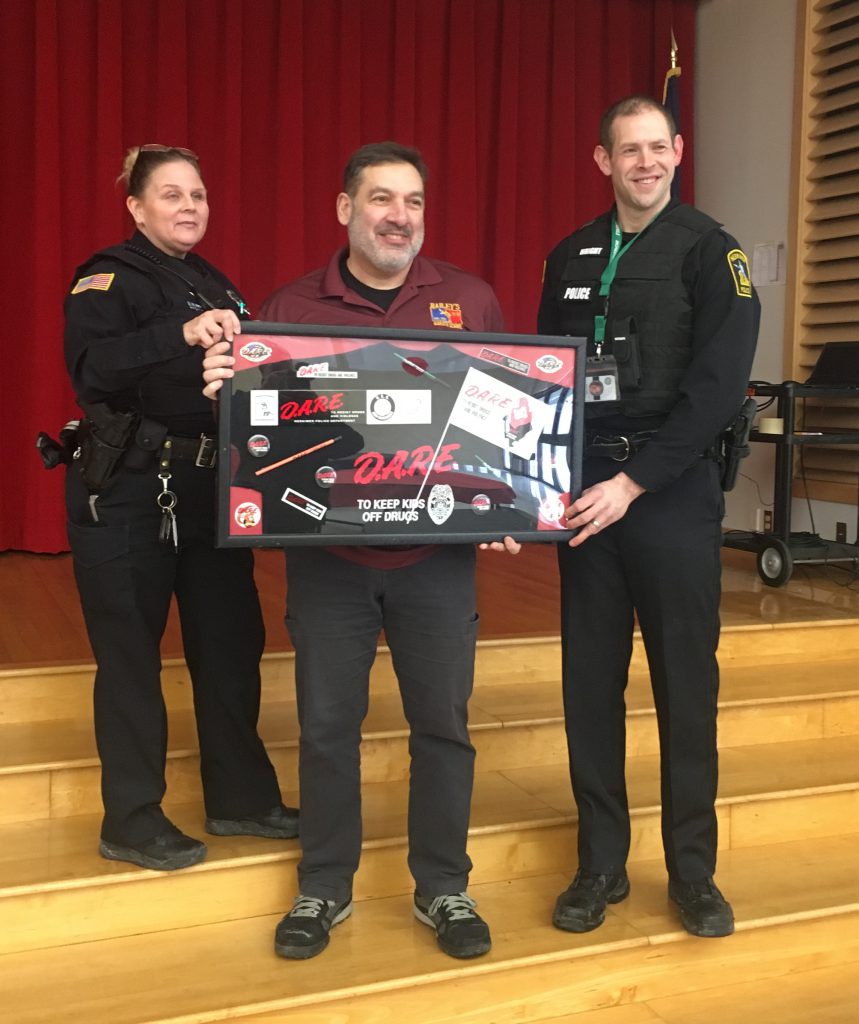 The curriculum started in the fall and guided students to think about risks and consequences before making choices. The program is presented by the Herkimer Police Department, with funding support from local business owner Tom Arcuri of Bailey’s Karate.

In addition to working with Officer Wright in their classrooms during the 10 weeks, each DARE student also completed an essay to demonstrate what they had learned. While some students completed written essays, others created short videos using Adobe Spark. 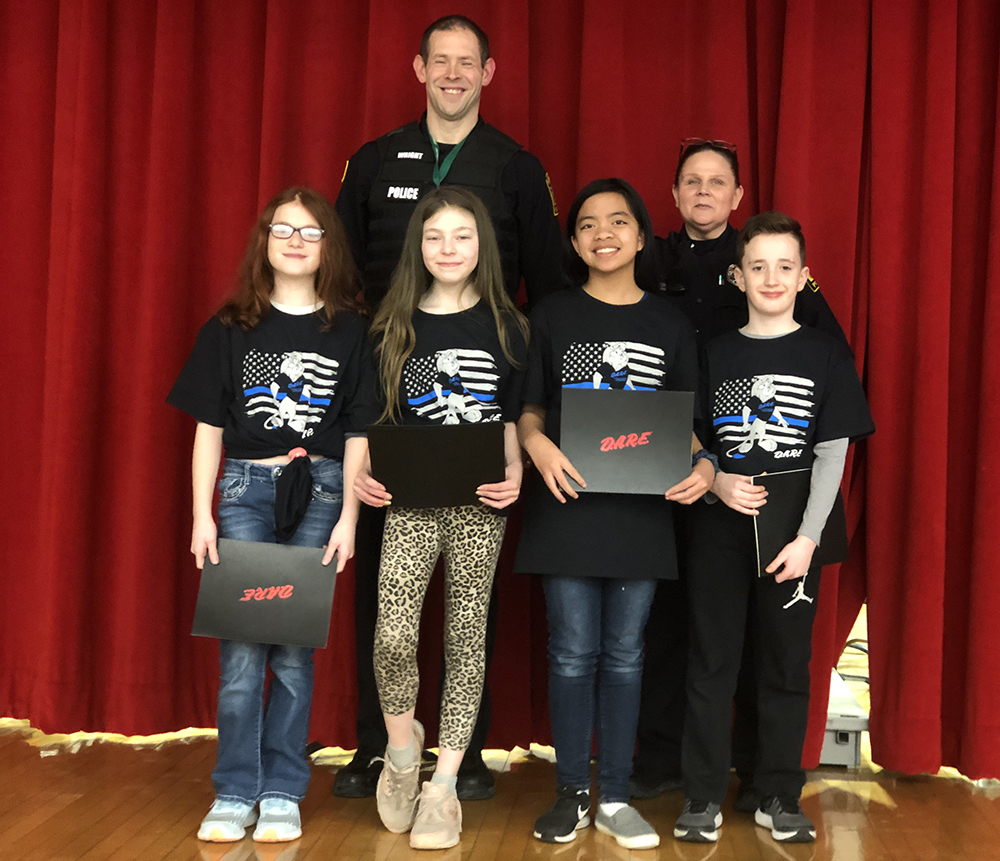 Four students’ essays were chosen for awards, with each student receiving a $25 gift card to Walmart and a DARE pin. The winning students were Alexander Downs, Rosalyn Nietes, Kaitlyn Pierce and Hannah Uebele.

During the graduation ceremony, Officer Wright thanked the students for their hard work, as well as recognizing Mr. Arcuri for his support and thanking Catholic Charities for providing training so that he could teach the program.

“You guys made it a lot of fun,” Officer Wright told the students.