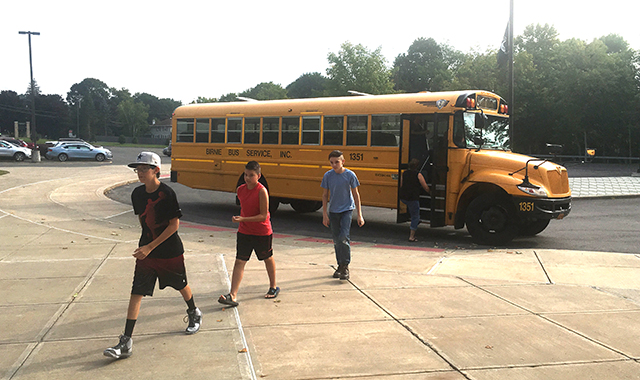 For many Herkimer students, the first day of school on Wednesday was a return to a familiar place, where they were greeted with smiles, hugs and high-fives.

But even for those who were walking into a new school building for the first time, administrators, faculty and staff were there to make sure the transition went as smoothly as possible. 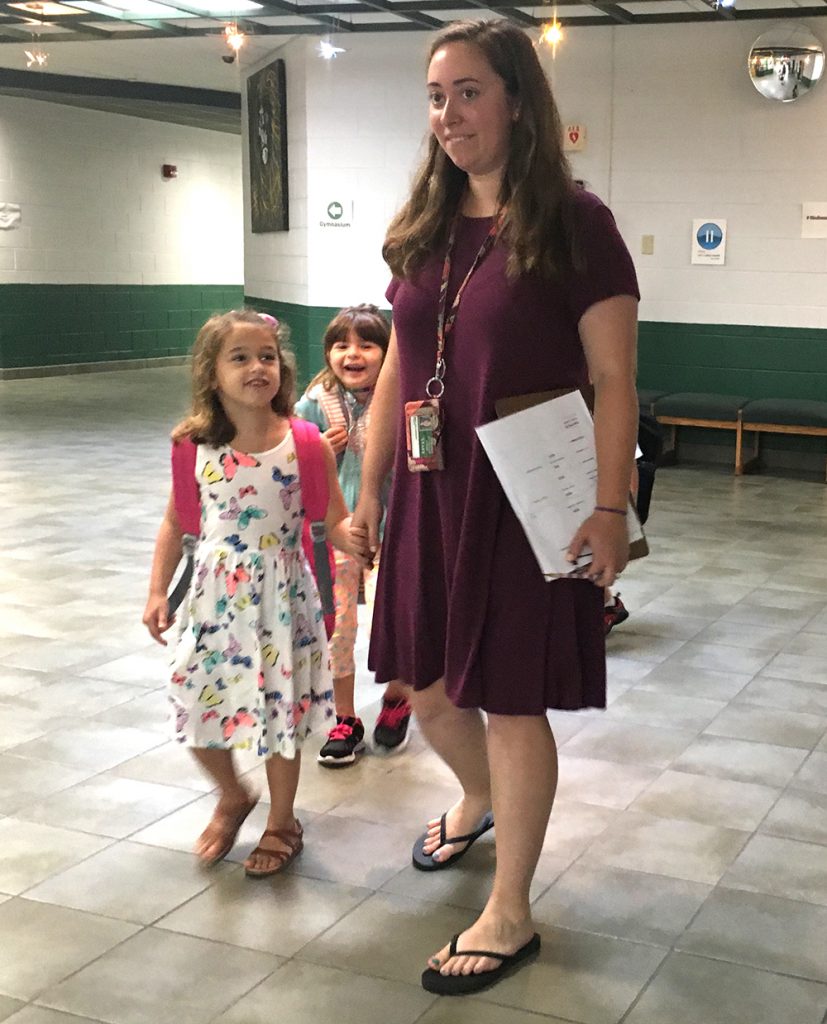 At Herkimer Elementary, parents walked their pre-kindergarten and kindergarten students with brand-new backpacks and custom nametags into the cafeteria, where their teachers greeted them by name with a smile.

After hugs and goodbyes, the school’s newest students were soon lined up and following their teachers down the hall to their classrooms.

In one classroom, second-graders broke out their brand-new crayons to color in worksheets that read “Welcome Second Graders!” Down the hall, fourth-graders were using their new markers to put personal touches on their “Welcome to Fourth Grade” signs. 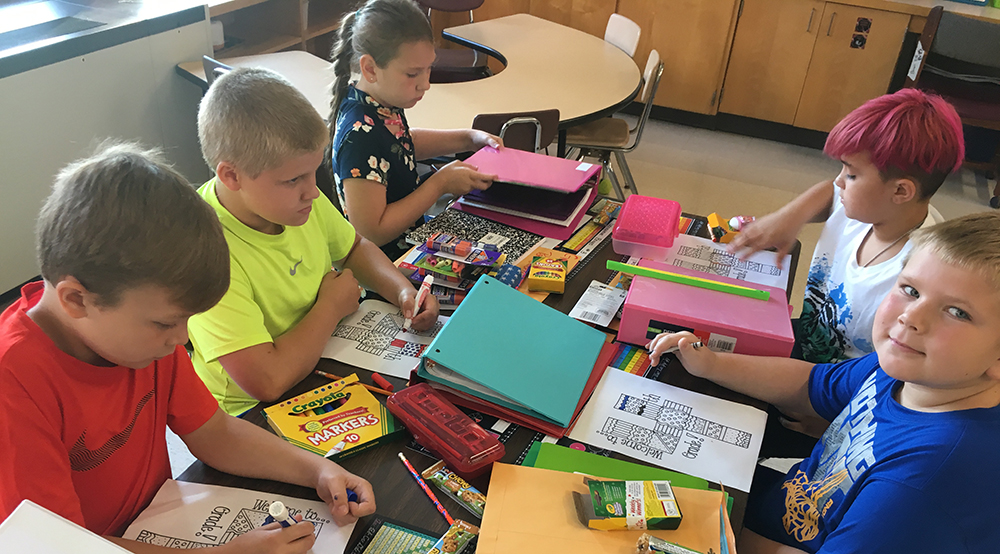 At the Jr./Sr. High School, sixth- and seventh-graders got plenty of help and support as they tried out new locker combinations and figured out their schedules. When Mrs. White asked her seventh-graders how many of them had gotten lost that day, more than a couple of hands went up.

“We’ll figure it out together”

At the end of one of Mrs. Hein’s classes, she took time to go over her sixth-graders’ schedules with them, reminding them where they would find their next class, and giving students time to go to their lockers for supplies if needed.

It wasn’t only students who were finding their way — new teachers, too, spent the first day getting to know the routines that would soon become second nature. 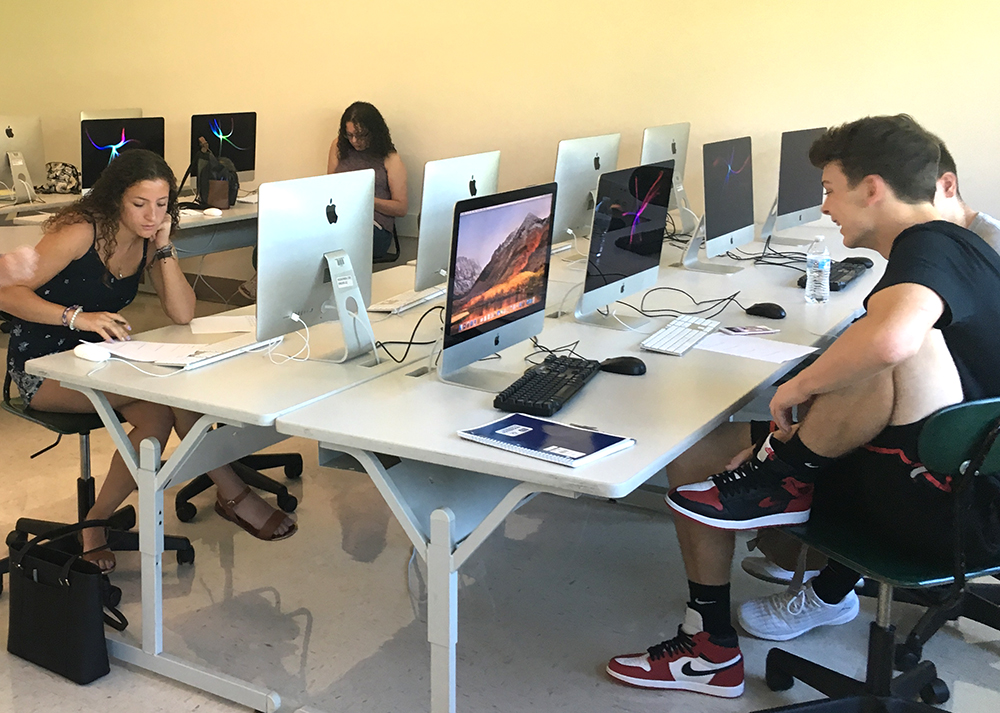 For business teacher Mrs. Treen, not only are her classes new, but she herself was hired just shortly before the school year began.

“We’ll be a work in progress for the first week or two,” Mrs. Treen told the seniors in her Accounting class.

Tomorrow, teachers and students alike will do it all again — but with each day, the lining up, locker combinations and bell schedules will get a little bit easier until it becomes an everyday routine. 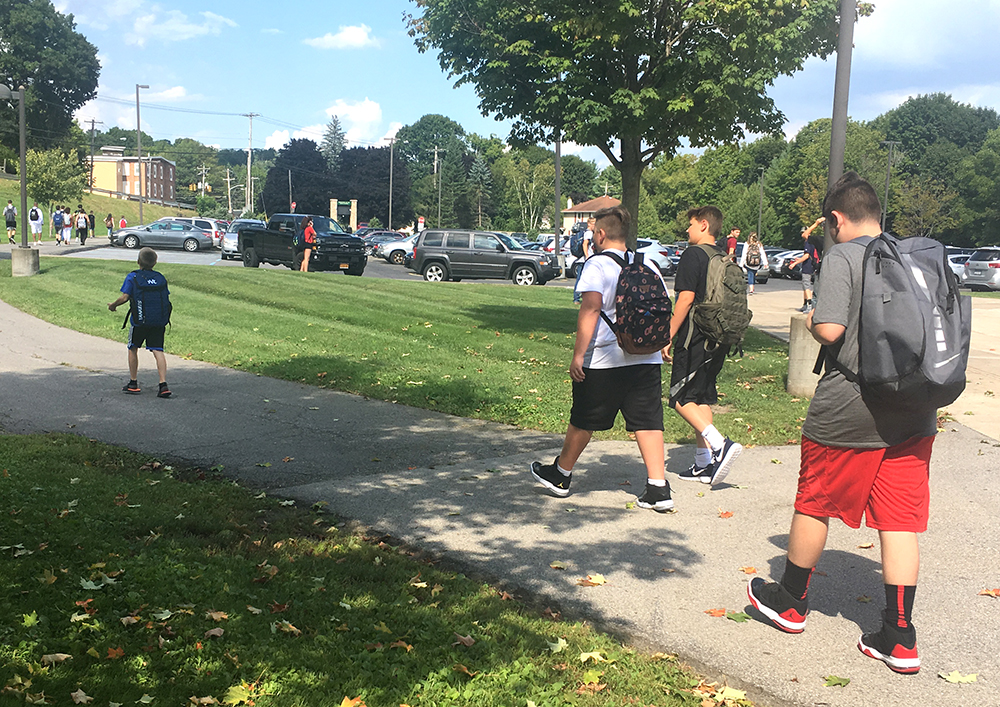