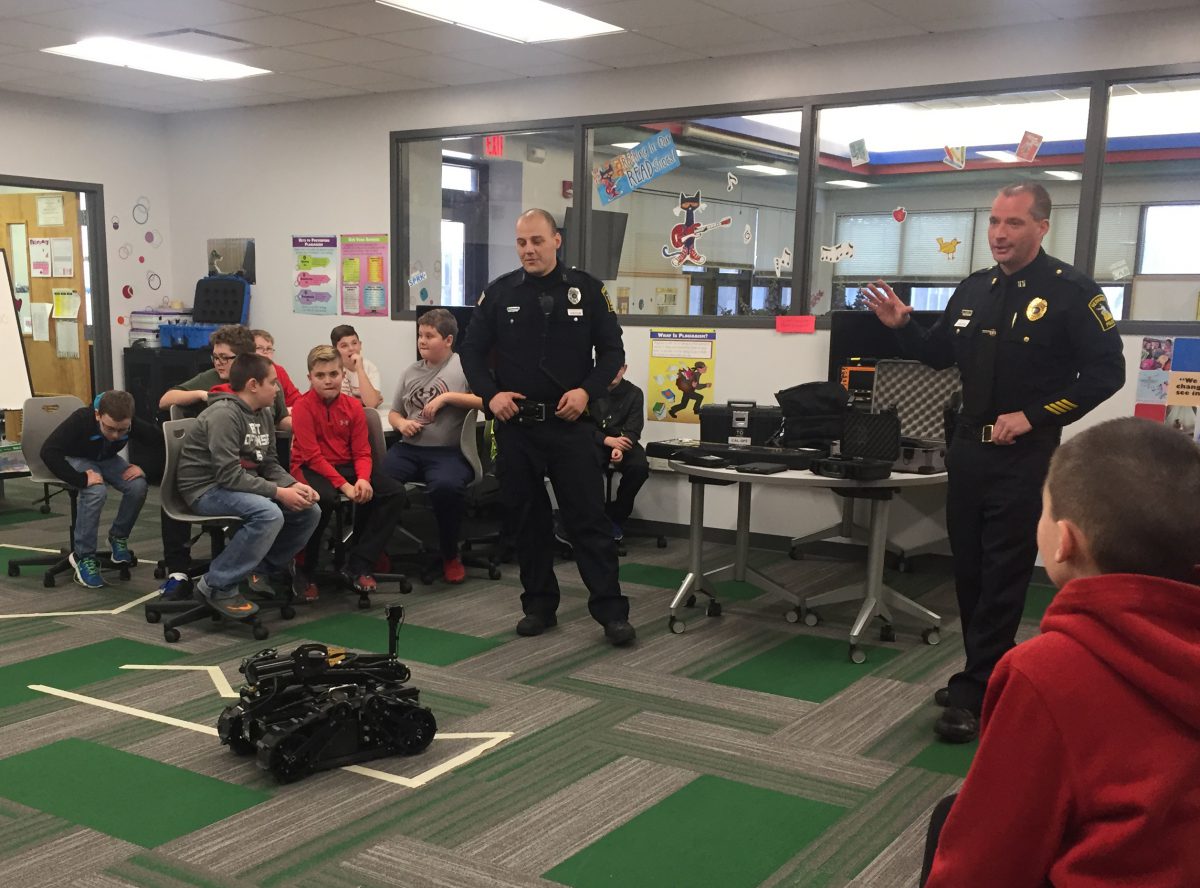 The Herkimer Police Department recently visited Herkimer Elementary School to re-introduce students to its Special Response Team robot — or, as it is now known, Badger.

Elementary students voted during the spring to pick a name for the robot, picking Badger over the other two suggestions of Sparky and Byte.

The three names were suggested by the sixth-grade STEM Club, which got a demonstration of the robot back in February.

Read more: “STEM students get glimpse of robotics in action”