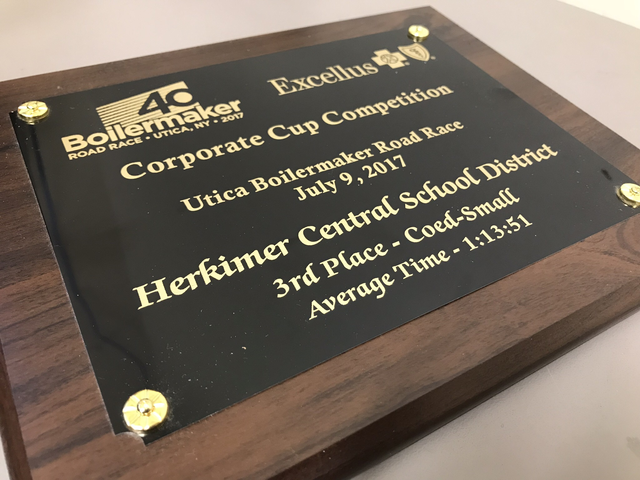 According to the Boilermaker website, the Corporate Cup is a “race within a race.” Runners sign up to be part of a team representing a company or organization. The top three finish times from individual team members are averaged to create the team’s score.

The Herkimer team finished third among the 14 teams in the co-ed small division, with an average time of 1:13:51, besting teams from the Hartford Insurance Company, PJ Green, UTC Aerospace Systems and Commercial Travelers. The Herkimer team also turned in a better average time than Corporate Cup teams from the City of Rome Fire Department, the New Hartford Volunteer Fire Department and Bassett Healthcare, which competed in other divisions. Complete Corporate Cup results are available on the Boilermaker website.

While individuals from the district have competed in the Boilermaker in the past, this is the first year that this group has signed up as a team, according to Orilio.

The race registered more than 14,500 runners for the 2017 event, which also marked its 40th anniversary.