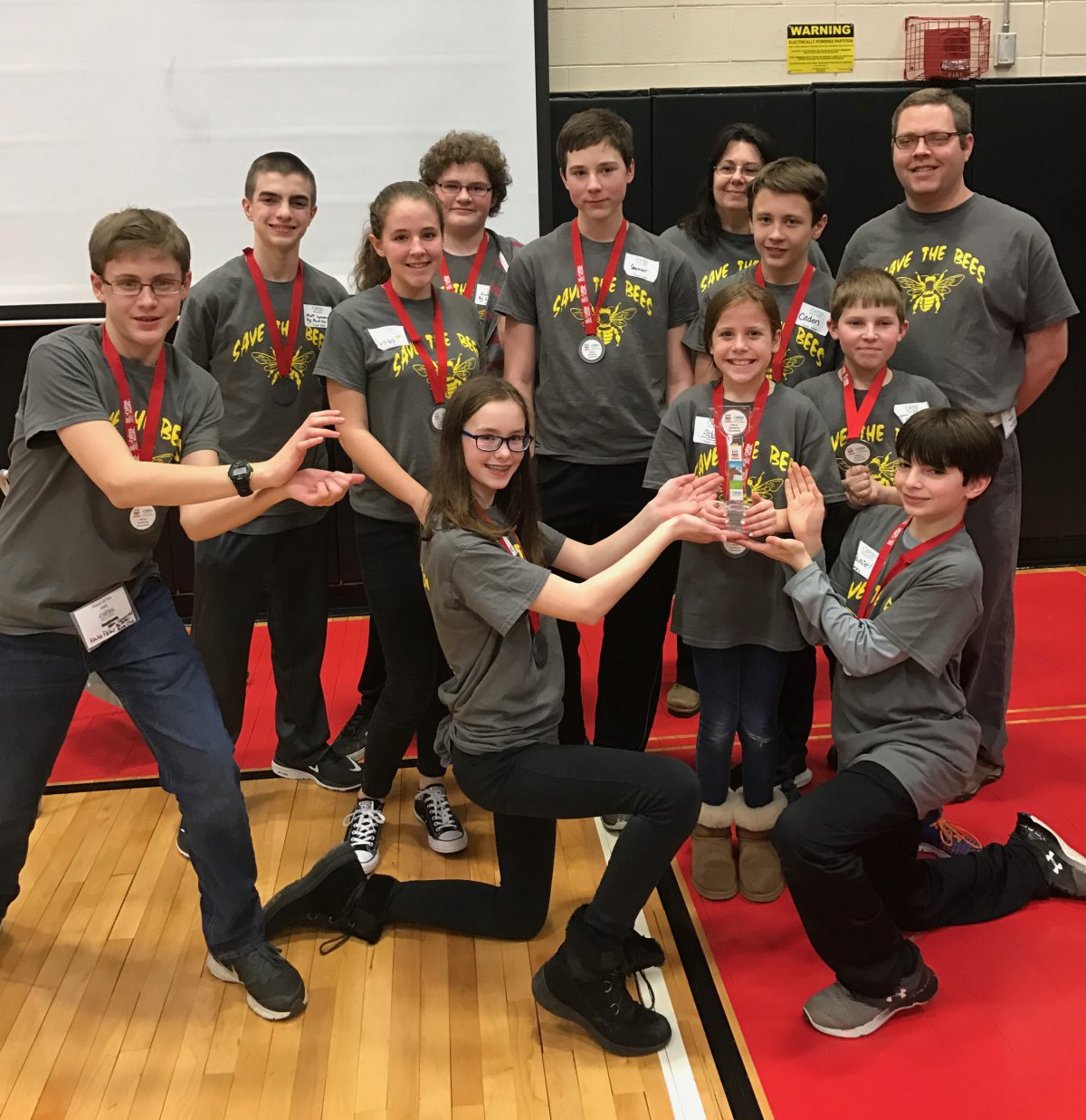 Herkimer’s 10-student team, named Power of T.E.N. (Totally Epic Nerds), was awarded a first-place prize in the Core Values segment of the competition, in which teams make a presentation highlighting values identified by the FIRST Lego League organization. With its first-place finish, the team qualified for the next round of competition, which will be held Feb. 11 at SUNY Poly.

According to teacher Ryan Nicklaw, who advises the group along with teacher Sylvia Lowell, the Power of T.E.N. team entered the competition with a robot that the team began building in August. For its project presentation, the team learned about bees, in keeping with the competition’s theme of “Animal Allies.”

“They did an interview with Ford’s Honey Farm to learn about bees, and based their project around that,” Nicklaw explained, noting that the format of the competition offers opportunities for students of different backgrounds and interest levels to get involved.

“Some students will gravitate more toward the project, and the presentation, and others are more interested in programming and robotics,” Nicklaw said.

The team began work on its robot back in August, and has been meeting on Saturdays throughout the fall and winter.

According to its website, FLL is an international organization focused on getting kids involved in science and technology.

At Herkimer, team members range from sixth to ninth grade; competition is open to students ages 9 to 14, with a maximum of 10 students per team.

“We actually have more students who are interested in participating, but there aren’t any openings on the team right now,” Nicklaw said, adding that additional adult volunteers could help the school expand to one day offer a second Lego League team.