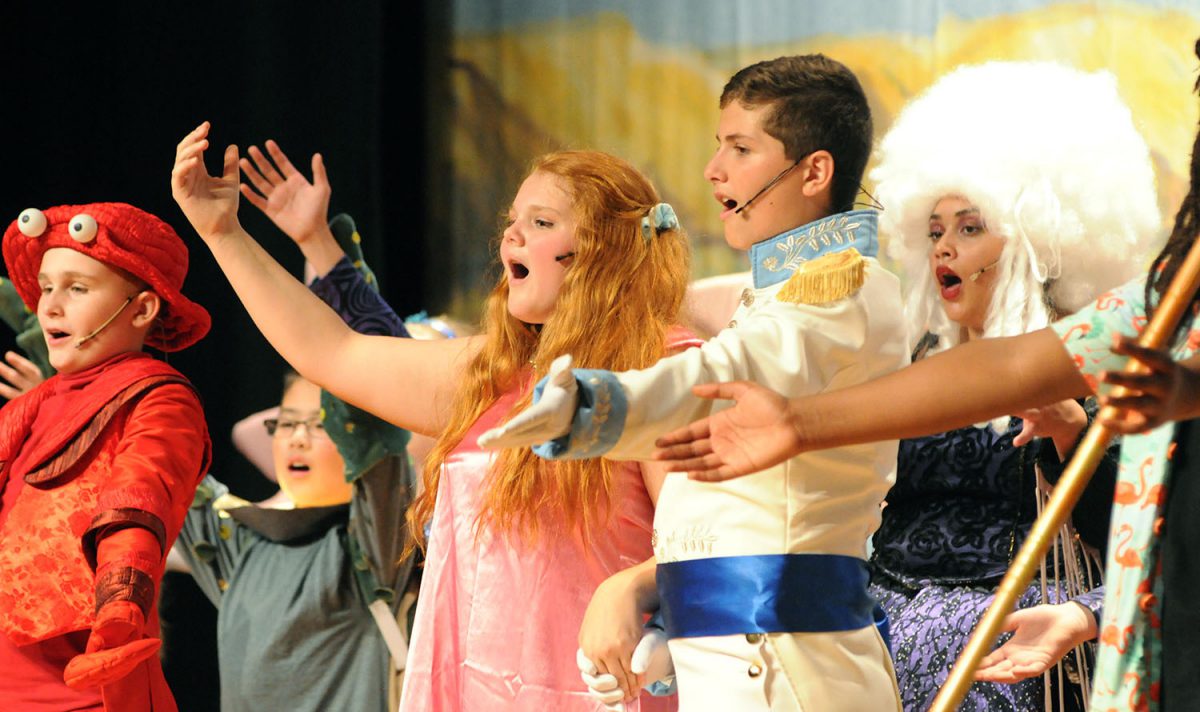 The buses were bound for the Jr./Sr. High School, but Herkimer Elementary students traveled ‘under the sea’ on Thursday during a special preview performance of “The Little Mermaid Jr.”

Students packed the auditorium with excitement and were welcomed by Mr. Krause to the hour-long performance adapted from the Disney animated musical. The audience gasped as the stage lights went up, and giggled and squealed as the sets transformed on stage. 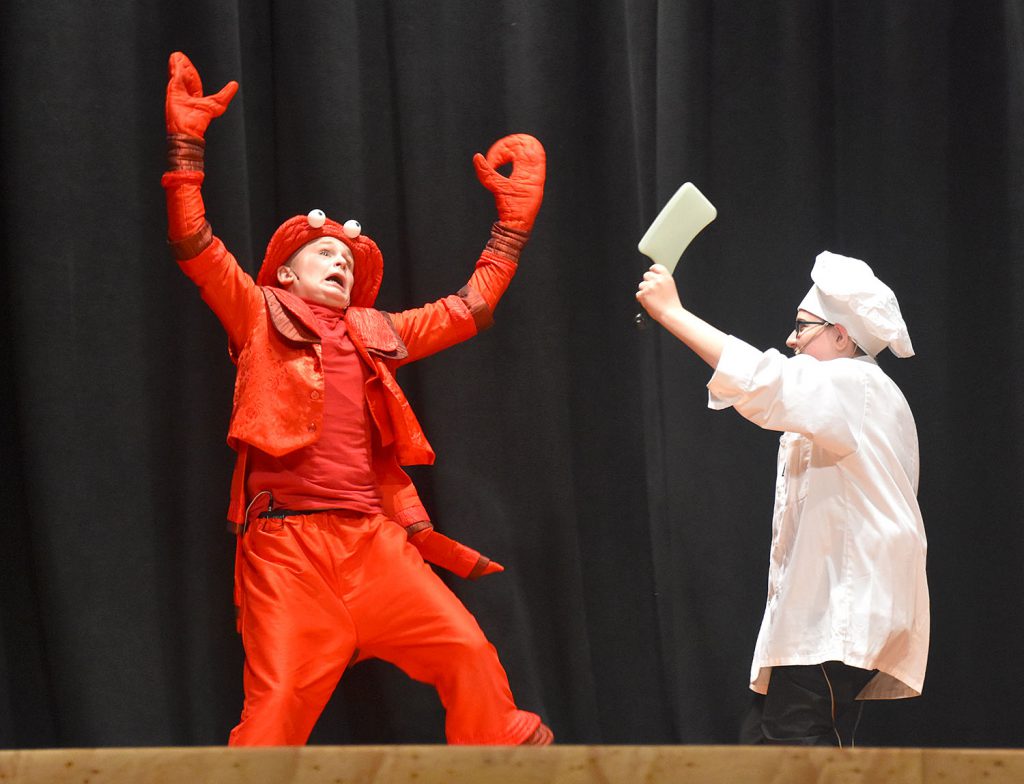 The cast of middle-school students got plenty of laughter and applause for their renditions of familiar characters like Ariel the mermaid, Sebastian the crab and Ursula the sea witch. Ariel’s big song, “Part of Your World,” drew loud cheers from the audience, and the HES students gasped as Ursula’s evil plan threatened the heroine. 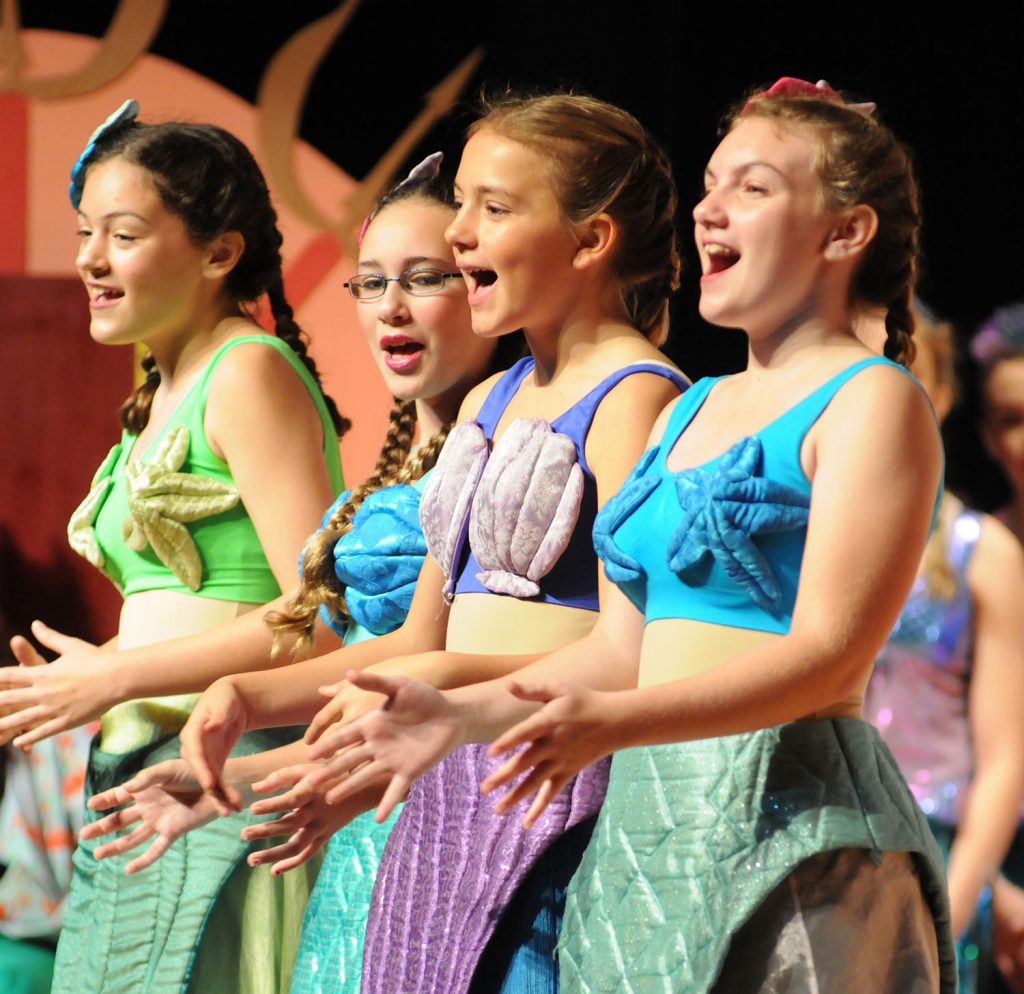