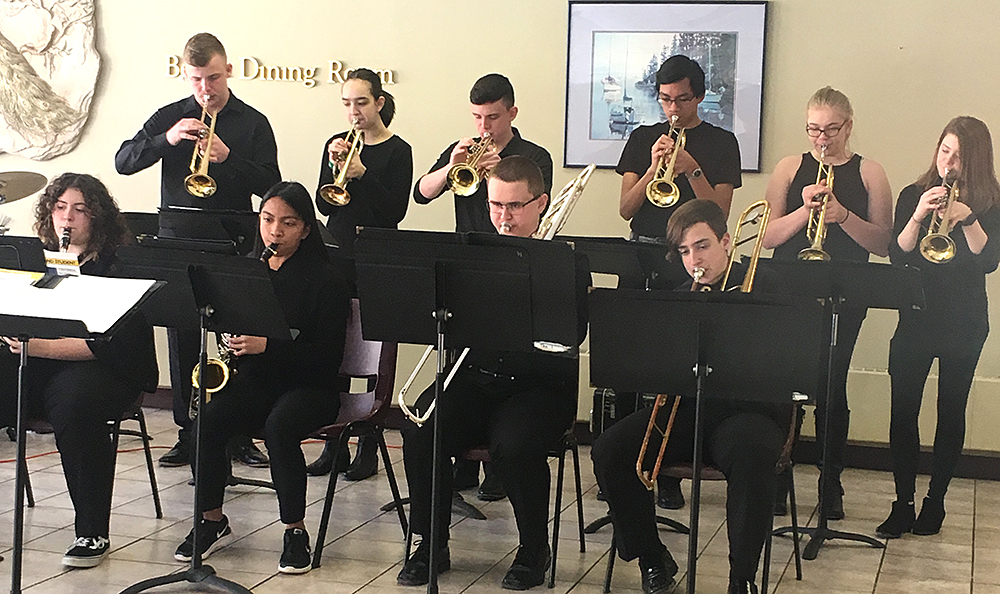 Students in the Herkimer High School Jazz Ensemble played to a full house at the Foltsbrook Center on Thursday. Led by music teacher Terry Gordon, the ensemble took time before their performance to visit with the audience, introducing themselves and shaking each person’s hands before taking their places with their instruments.

Mr. Gordon explained that the performance not only gives his students a chance to practice playing for an audience, but it also gives the group and the school a way to give back to the community. 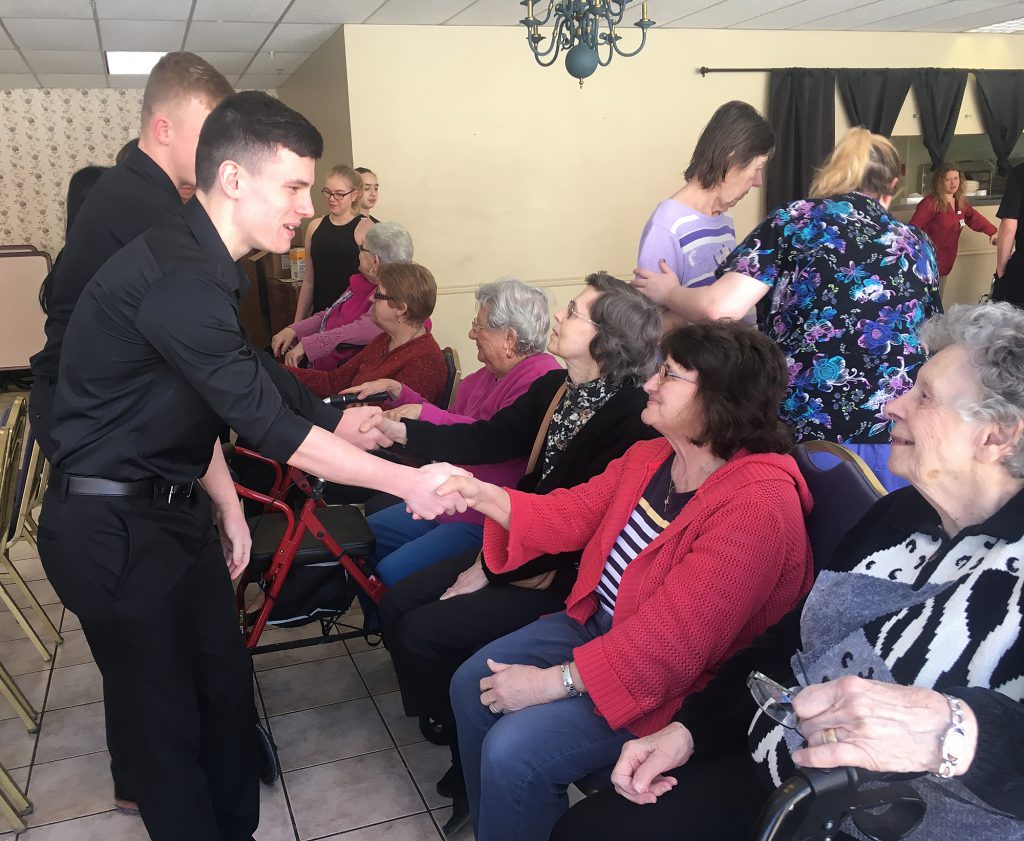 “We want to be visible in the community, and we want this music to be a real blessing to the community,” Mr. Gordon explained. “And from a music education standpoint, the more often they perform, the better musicians they’ll be.”

Mr. Gordon’s students appeared comfortable in front of the crowd, smiling and moving to the music as they mixed jazz standards with ’70s rock hits such as Chicago’s “25 or 6 to 4” and Kansas’ “Wayward Son,” which closed out their performance.

“I heard that one before,” exclaimed one gentleman in the front row, whose feet tapped along to the opening bass line of the lively tune.

The Jazz Ensemble will perform during the Herkimer High School music concert at 7 p.m. Thursday, March 28.