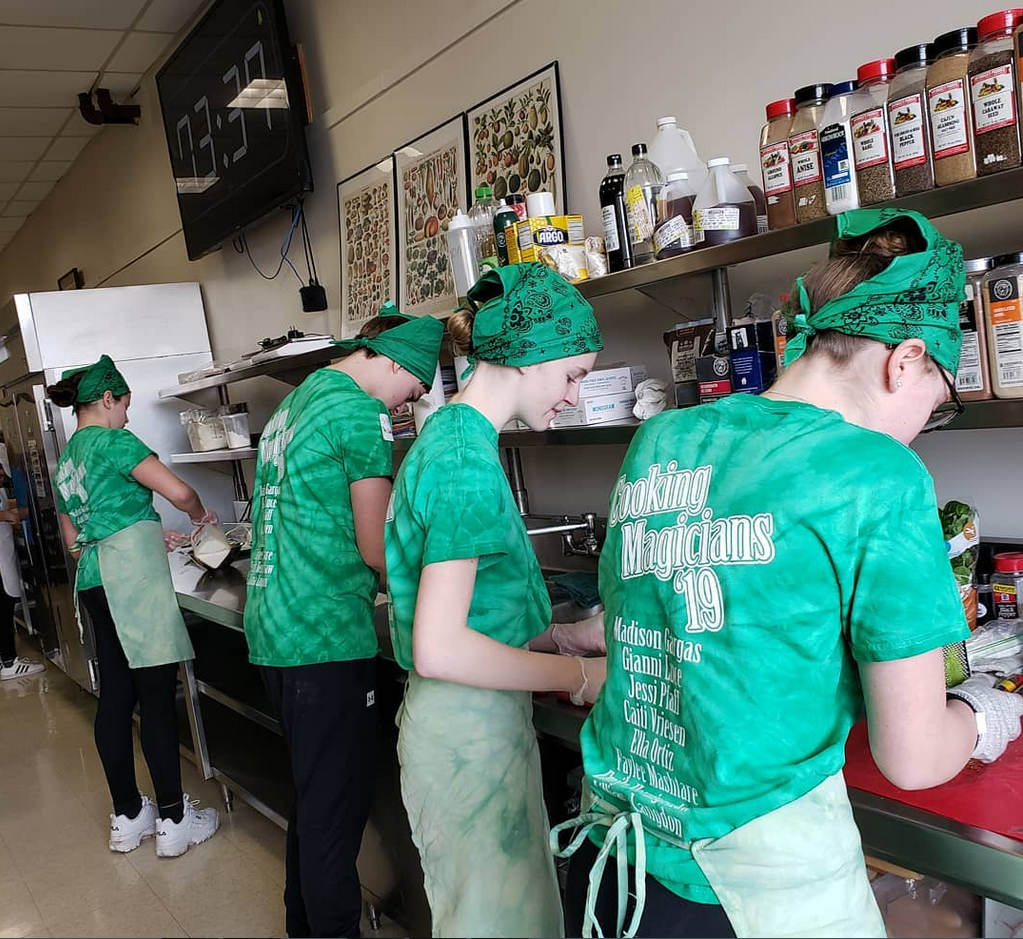 The Cooking Magicians served up a storm at the 2019 Jr. Iron Chef Contest, held Saturday at SUNY Cobleskill.

The Cooking Magicians’ entry into the contest was a stir fry wrapped in a crepe — a meal that Jr. Iron Chef advisor Holly White said was the result of a lot of trial and error.

“We tried doing chicken riggies at first, but we scratched that about halfway through the school year,” Ms. White explained, noting that the meat substitute the team had chosen didn’t seem to fit well with the recipe.

The teams are also required to meet specific standards for low fat and low sodium, while also incorporating at least two foods that are available for use in a school cafeteria.

The team settled on a stir fry, but ended up tweaking that further as they experimented with making a healthy and flavorful dish. After preparing a practice meal one day with potatoes instead of tofu, the team liked the way the browned, seasoned potatoes enhanced the flavor, and decided to leave them in the final dish.

“Being able to adapt a recipe is a great life skill,” Ms. White noted, “and being able to work together as a team and manage deadlines under pressure.”

And, she said, most importantly, “they had a lot of fun.”