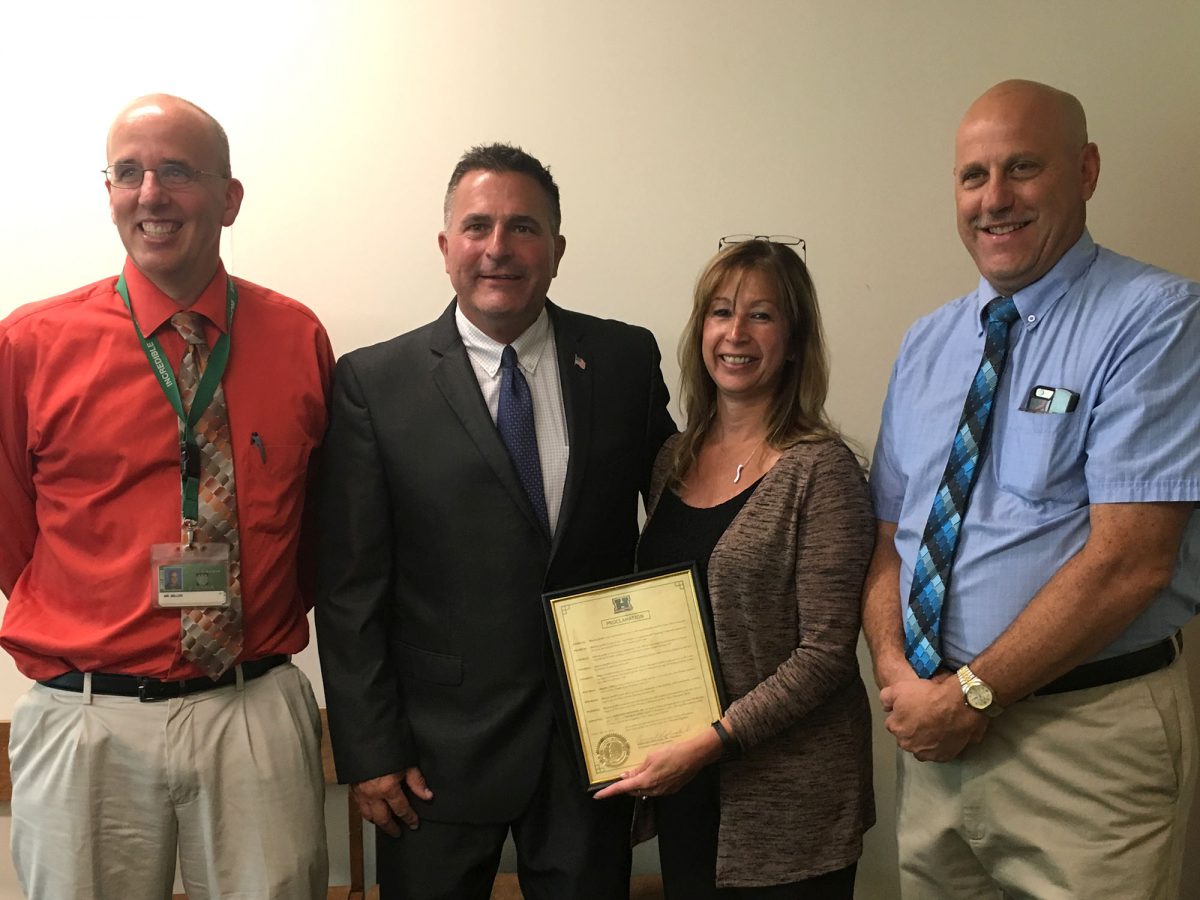 Judd will retire in August after 30 years as district clerk. The proclamation recognizes her role in overseeing the district’s budget and capital projects, as well as her dedication to the district and her deep institutional knowledge.

“She is viewed by the school board, staff and retirees as the Oracle of the Herkimer CSD,” the proclamation reads.

Judd thanked Malta and Schrader for the proclamation, which bears the seal of the county and is signed by county Chairman Bernard Peplinski Sr.