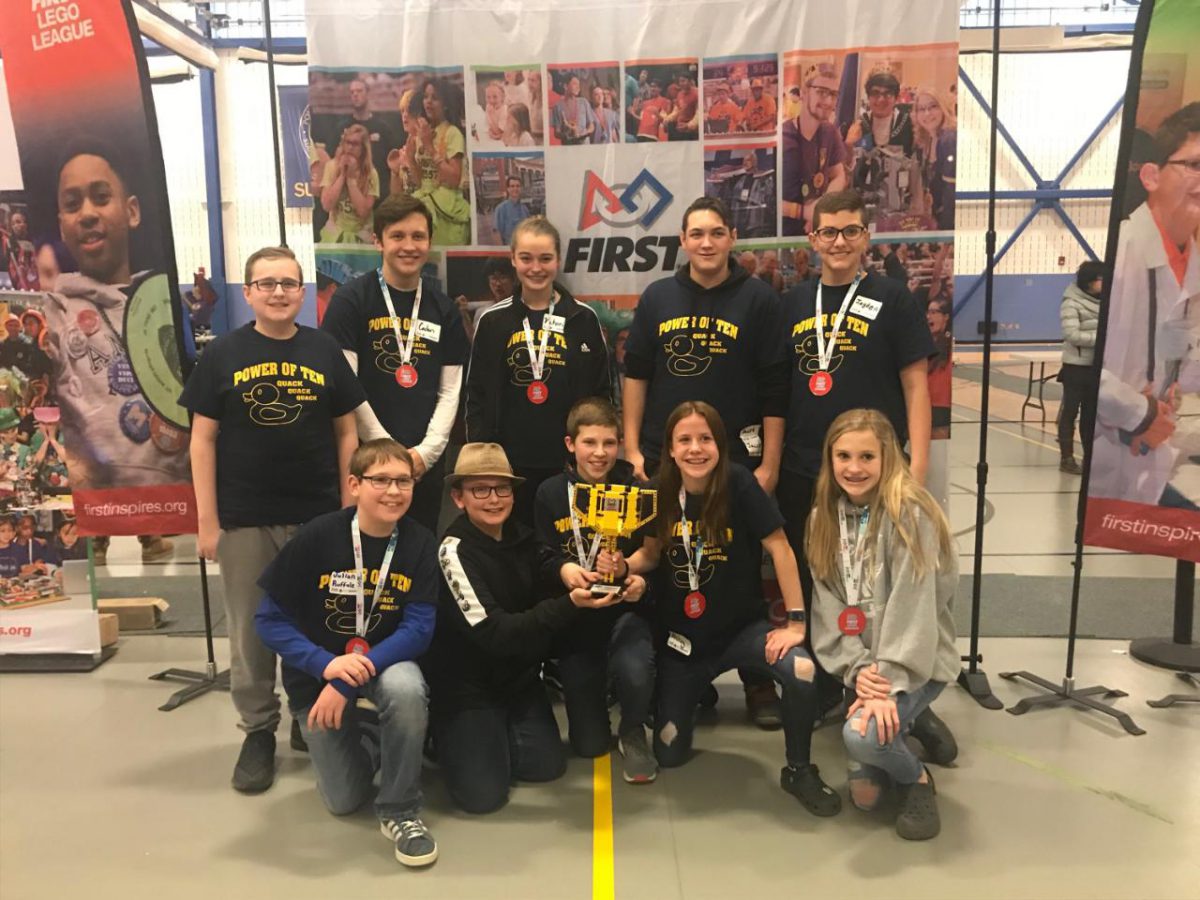 Herkimer’s FIRST LEGO League team, the “Power of T.E.N.,” took home first place from the regional competition at SUNY Polytechnic Institute on Jan. 18, earning an invitation to the 2020 World Festival in Detroit.

The Power of T.E.N. is raising funds to help pay for transportation, food and lodging for the competition — an elite honor and a first for the team.

FIRST LEGO League is an international organization focused on getting kids involved in science and technology. Herkimer’s team consists of 10 students in sixth through ninth grades, led by advisors Ryan Nicklaw and Sylvia Lowell.

Students develop a project, design a robot and prepare a presentation on the League’s “core values.” The competition also requires them to do a quick brain teaser-style activity to demonstrate teamwork and communication.

This year’s theme was “City Shaper,” which asked students, “What if you could build a better world? Where would you begin?” According to coach Sylvia Lowell, the students started off the school year wanting to rehabilitate a vacant piece of property in Herkimer, but couldn’t secure the necessary permissions, and had to find a new project partway through the season.

“When we had the flooding here in October, they decided they wanted to do something with that,” Lowell said, and the “Quack Alert” was born. Led by ninth-grader Jacob Lamanna, the team designed and built a small device that acts as an early warning system for flooding in a backyard pond, small stream or other waterways that aren’t typically monitored.

The competition stresses teamwork, ethics and positivity, and all of those are on display when the team is all together. For the advisers, the goal is to give the students the support they need, and let them do the hard work.

“It’s really completely theirs,” Mrs. Lowell said of the team’s success. “And I can’t tell you how good it is for them to be able to have that kind of ownership over something.”

The team is looking forward to traveling to Detroit in March, and is accepting donations via GoFundMe at https://www.gofundme.com/f/help-us-get-to-detroit