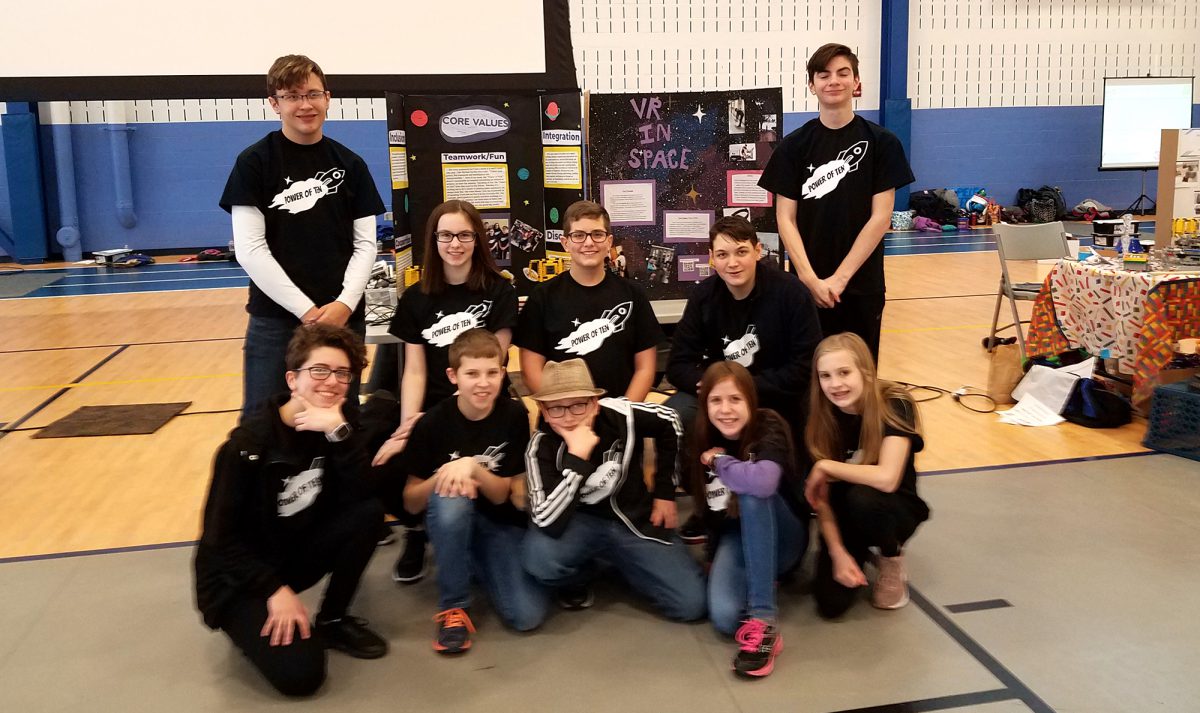 The 10-member team of students in grades 6-9 has been working since the start of the school year to prepare for this year’s challenge. The LEGO League challenges students to design, build, and program autonomous robots that can complete a specific challenge. The team also prepares a presentation for competition. This year’s topic was on the challenges of space travel. The teams work throughout the fall to compete in the winter.

“They spend a few hours a week working on it,” LEGO League co-adviser Sylvia Lowell explained, noting that the team worked hard this year to change the design of their robot, and hopes to continue that process going into next year.

The Herkimer team competed against 18 other teams in a qualifying tournament, taking first place in the Robot Games category, to advance to the regional competition.

In addition to giving students hands-on experience with problem-solving, creative thinking and teamwork, Mrs. Lowell said the LEGO League competitions emphasize “gracious professionalism,” a spirit of supportive sportsmanship that she said her team has embraced.

“A coach came up to me to tell me that two of our members had given his team a hand with something,” Mrs. Lowell said. “They’re still competitors, but it’s friendly competition — people lend each other parts, things like that. It’s a really great environment for these kids.”

The teams compete in several different categories. At the regional tournament, the Power of Ten team took first place in the Core Values Teamwork award, which gives the team an on-the-spot challenge that they have to solve together.

This is Mrs. Lowell’s fourth year coaching the team, which got started about five years ago. “They’re such a great group of hard workers,” Mrs. Lowell said of the team, adding, “They embrace everyone.”