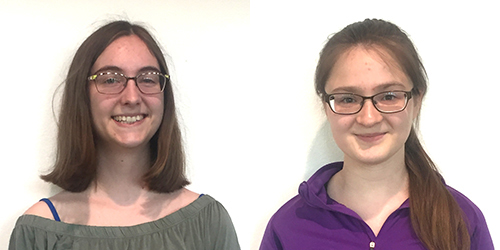 Cassie Pontius and Angelica Huhko are valedictorian and salutatorian for the Class of 2017. 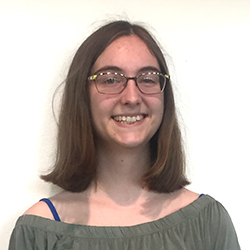 Cassie Pontius moved to Herkimer from Michigan during the eighth grade. She is the daughter of Kevin and Susan Pontius.

What’s something you’ll remember fondly from your time at HHS?
Just this year on the cross-country team, I got below a 30-minute 5k run, which was my personal best. It was probably only about 1 millisecond below, but it was still my personal best.

What has been challenging for you?
Social interactions — I wasn’t much of a “people person” before I came here, but I joined clubs and got involved in activities, and I did become more social.

Is there a teacher who has influenced you?
I’ve known Mrs. Smith the entire time I’ve been here — I had her for English in eighth grade, and for a few years since then, and this year she’s my adviser. She’s just always been there.

What advice do you have for students who will be starting as freshmen in the fall?
Just do your work, and everything else will come. 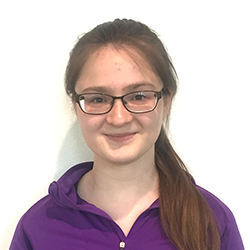 Angelica Huhko is salutatorian for the Class of 2017. Huhko will graduate as a junior after completing her graduation requirements in three years. She is the daughter of Oleg and Nina Huhko.

What’s something you’ll remember fondly from your time at HHS?
My friends.

What has been challenging for you?
Finding a college to go to. I got into a four-year program at Utica, but decided it would be better to do a two-year program instead.

Is there a teacher who has influenced you?
The library is my favorite place — I love reading — so I would say Ms. Bowman and Mrs. Scheu.

What advice do you have for students who will be starting as freshmen in the fall?
You’ve just got to keep on top of things and don’t get overwhelmed. Procrastination is fine, but only in moderation.