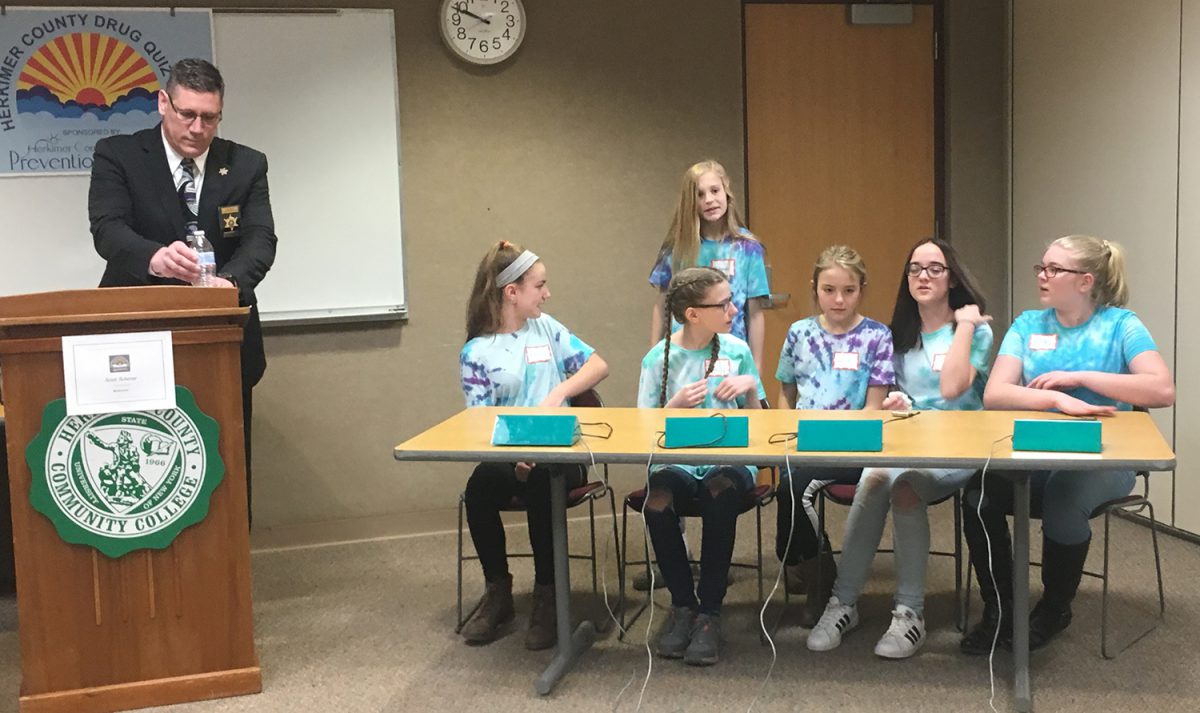 How many grams of alcohol are in a standard drink? What are the physical signs of an opioid overdose? What percentage of American students have been a victim of cyberbullying?

These are a few of the questions that Herkimer middle school students faced on Thursday.

The Herkimer County Prevention Council’s annual Drug Quiz Show was held at Herkimer County Community College. According to the Prevention Council’s website, the competition “strives to heighten school, home and community substance abuse awareness by providing middle school students with the opportunity to have fun while gaining the knowledge, skills, and self-confidence needed to make safe and healthy, real-life choices regarding the use of tobacco, alcohol, and other drugs.”

The competition, which is open to all schools in the county, invites teams of students in sixth through eighth grades to participate. Herkimer’s team consisted of team captain Savannah Rice, Kiarra Cisco, Emily Herringshaw, Emily Marquissee, McKenna Gargas and Bryce Ste-Marie. Kurstin Gay serves as peer mentor for the team, and advisers are Ms. Gerhardt and Ms. Bello. 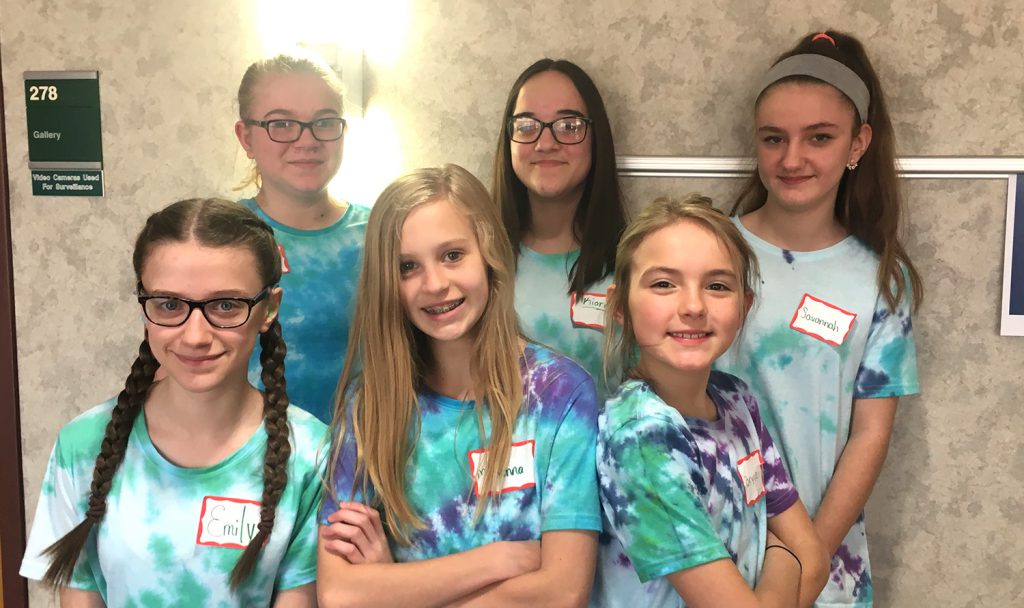 The team began preparing for the competition in January, meeting after school to review materials from the Prevention Council on topics such as drugs, alcohol and bullying.

At Thursday’s competition, team members wore matching tie-dyed T-shirts that they had made during a recent practice session, and cheered each other on during the day’s events. The competition featured panels of judges that included representatives of local law enforcement, county agencies and Catholic Charities, as well as representatives of Herkimer College.

While the Herkimer team didn’t take home one of the top-three prizes in this year’s competition, they did fulfill Ms. Gerhardt’s goal for the day.

“I just want them to have fun,” she said before the competition began. And based on the smiles on the students’ faces during the event, she got her wish.