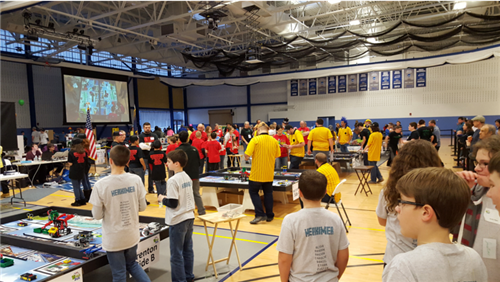 On Saturday, January 16, SUNY POLY hosted the First Lego League (FLL) TRASH TREK Championship. FLL is an international organization focused on getting kids involved in STEM (Science, Technology, Engineering, and Mathematics). The championship consisted of twenty-eight teams between the ages of 9 and 14 that had moved on from three different regional qualifiers. At stake was an invitation for one team to the world championships in St. Louis. 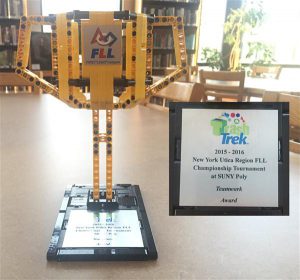 Herkimer’s team, named Power of T.E.N. (Totally Epic Nerds) entered the competition with their robot (Exponent) that they’ve been working on since September. At SUNY POLY the kids took home the award for teamwork.  They got first in programming design at the previous qualifier at CVA.

Great work by all the participating teams! We’ll look forward to seeing you again next Fall.