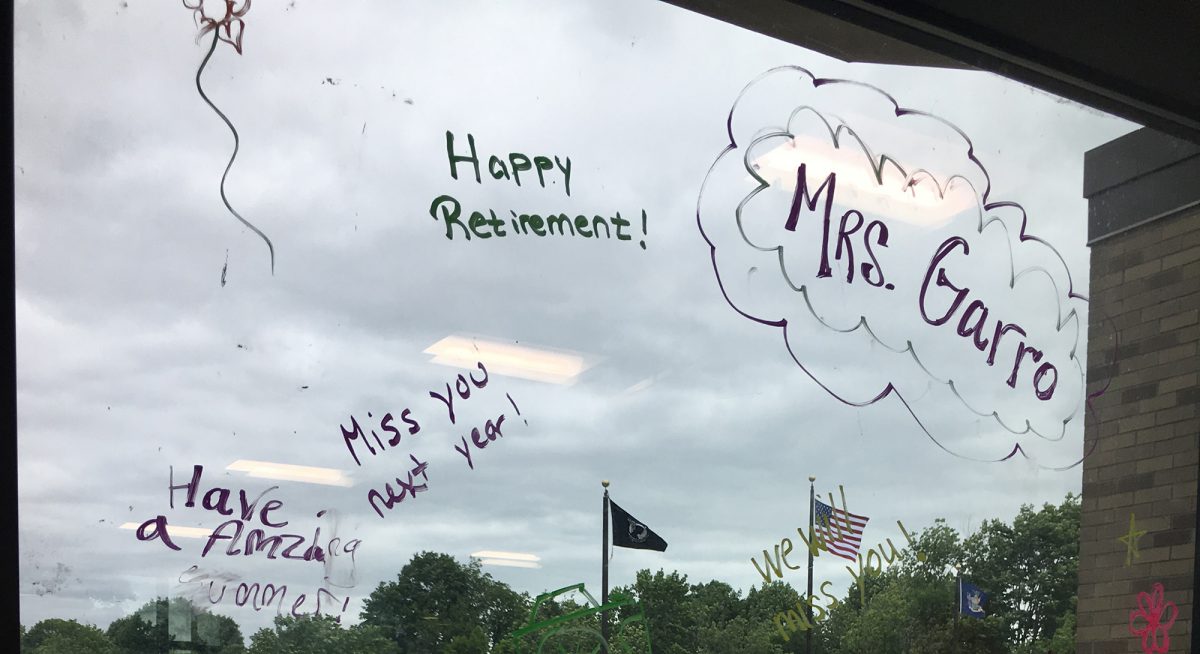 A lot has changed in the years since Suzanne Rodio began her career with Herkimer Central School District. As the region’s economy has shifted, Rodio has seen the school district step up to better serve its students and their families.

“The school has picked up a lot of things,” Rodio said. “In a way, we’re trying to be everything to everybody.”

Rodio’s fondest memories from her time at Herkimer will be the people she has come into contact with here, she said.

“The teachers who have gone above and beyond and really embraced their job; the students who have followed their dreams and become independent — those are the things I’ll remember,” she said.

Rodio said she encourages students to find their interests, follow their passion and step outside of their comfort zone.

“Have integrity, have a voice,” Rodio said, adding, “Be a voice, not an echo.”

In 1988, Sharon Judd was working for Momentum when she saw a job opening at Herkimer Central School for a district clerk who could take shorthand.

“I hadn’t done shorthand for a few years, so I wasn’t sure I’d remember it, but it came right back to me,” Judd recalled.

Judd’s job doesn’t call for much shorthand anymore; the computer has done away with that, and has made a lot of other things easier along the way.

“It’s been a lifesaver,” Judd said, recalling the time she used to spend putting together board packets by hand and sorting mailings into bundles. “The technology has improved so much, it’s changed the way we do everything.”

Judd, who is staying on for a year as clerk of the board but retiring from her day-to-day position in the district office, said the thing she will miss most are the people.

“The friendships you’ve made over the years — that’s what I’m going to miss the most.”

Judd was recently recognized with a Distinguished Service award from the Oneida-Madison-Herkimer Counties School Boards Institute. She will continue as clerk of the board after her retirement from the district office.

For some teachers, technology can pose a challenge in the classroom. But for Jean Garro, technology has unlocked a lot of potential among her special education students.

“It’s helped in a lot of ways, to be able to offer a lot more opportunities,” Mrs. Garro said. “They can acquire information in a lot more ways than they could before.”

Mrs. Garro acknowledged that personal devices can also present distractions for some students, but said that for the most part, advances in technology have helped her students.

But as much as technology has changed some of the day-to-day world of her classroom, Mrs. Garro said what hasn’t changed are the people.

“You could go back 100 years, and you would still need that personal touch — the bottom line is making connections with people,” she said.

Mrs. Garro said the relationships she’s built during her time at Herkimer — with students, and with her colleagues — are “everything” to her.

“If my students know that they were cared about; if I created a safe and caring environment for them; if I was just a little bit of someone’s life — if there’s one thing I hope people remember about me, it’s that I had compassion for people,” Mrs. Garro said.

Mrs. Garro said she would remind students to never stop learning, and to look beyond their own experiences to keep an open mind.

“Realize that this isn’t the whole world. Be open to new experiences, and see as much as you can of the world — or at least learn about it,” Mrs. Garro said. “What you’ll find is that people are people everywhere.”

During Marc Shepardson’s 20 years at Herkimer Elementary School, he has taught students at several different grade levels, starting out as a second-grade teacher, then teaching fourth grade for several years before taking on a sixth-grade classroom.

Mr. Shepardson said technology has been one of the biggest changes he has witnessed during his two decades of teaching at HES. He had the pleasure of seeing many familiar faces shortly before the end of the year, when the Class of 2018 visited the elementary school to receive good wishes and congratulations from their former teachers.

Mr. Shepardson said what he will remember the most fondly are the students who he has gotten to know over the years.

“I would ask them to remember to do their best and to be respectful — those are the most important things,” Mr. Shepardson said.

When Mary Ellen Clark accepted a school nurse position at Herkimer Jr./Sr. High School more than a decade ago, she had a few reservations.

“I had been doing nursing at an elementary school,” Clarke recalled. “I didn’t know how I would do with older kids.”

On top of that, Clarke said, she had big shoes to fill, taking over from beloved longtime school nurse Louise Carney.

But Clarke quickly found she had the most important qualification for her new position — one her predecessor had insisted upon.

“She said, ‘Find someone who loves the children,’” Clarke said. “So it’s a compliment that they chose me.”

Clarke’s love for her students is clear when she talks about the memories she will cherish most.

“It’s a privilege to be part of teenagers’ lives,” she noted. “That was the thing that most shocked me, and also gave me the most joy.”

When asked what advice she would give to Herkimer students, Clarke’s message was clear.

“Be kind,” she said. “It sounds simple, and it’s easy to say, but it’s hard to do. But, if you keep living a good life, goodness will come.”