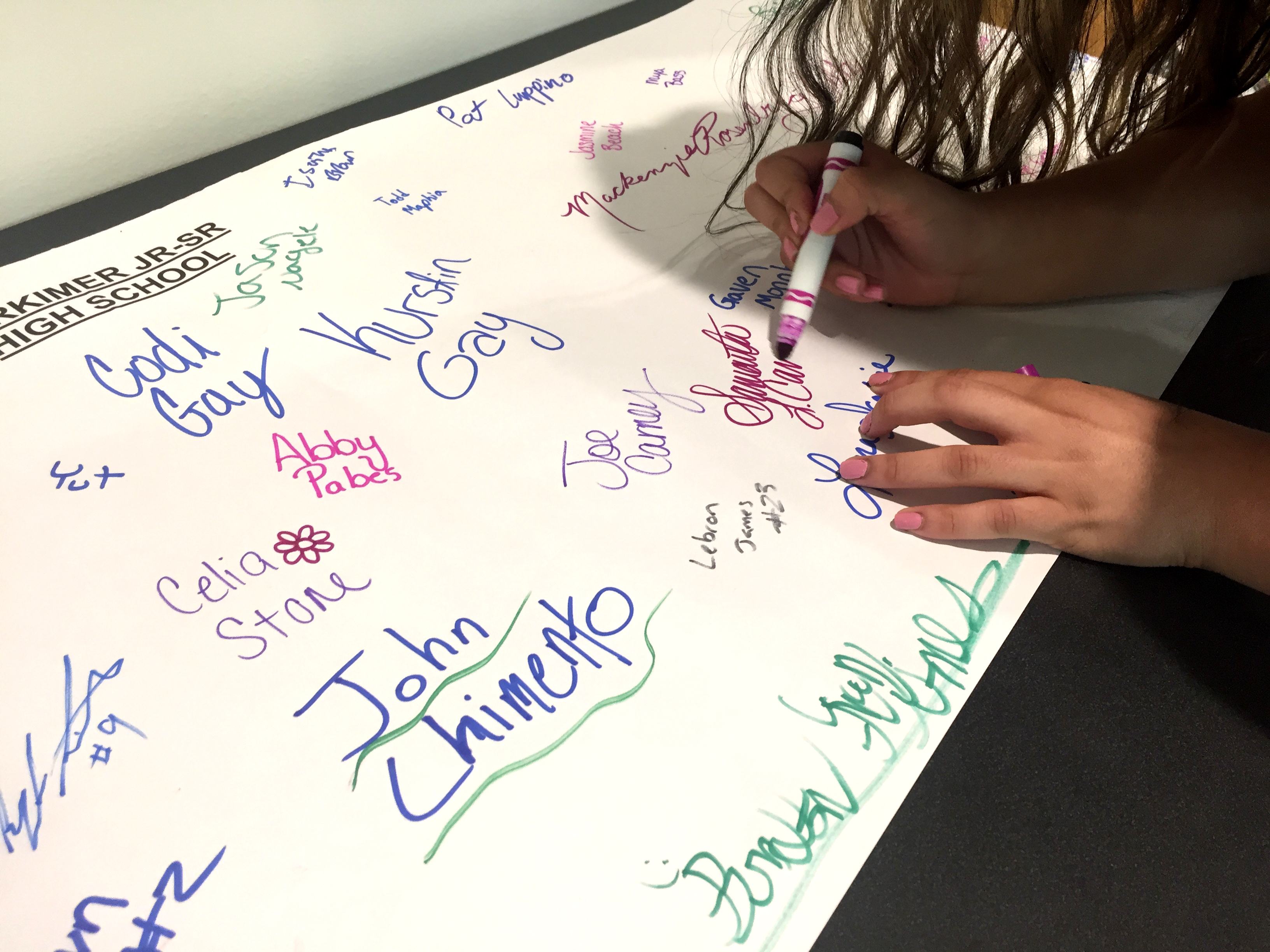 Herkimer students recently paid tribute to a fallen local hero through a partnership with the county legislature.

Community members invited the district to support their efforts to create a memorial to the late Gregory Jarvis of Mohawk, who was one of the astronauts lost in the 1986 explosion of the Challenger space shuttle. Herkimer students were invited to sign their names to a scroll that will be sent to NASA asking for the agency’s help to establish a permanent memorial in the Herkimer County Office Building.

The scroll was set up in the Herkimer Jr./Sr. High School Library, surrounded with photos and information about Jarvis and the Challenger mission.

“They are enthusiastic about this project and want to be a part of making this memorial a reality,” organizers wrote of the students signing the scroll. “Astronaut Jarvis accomplished great things and they dream of doing the same.”