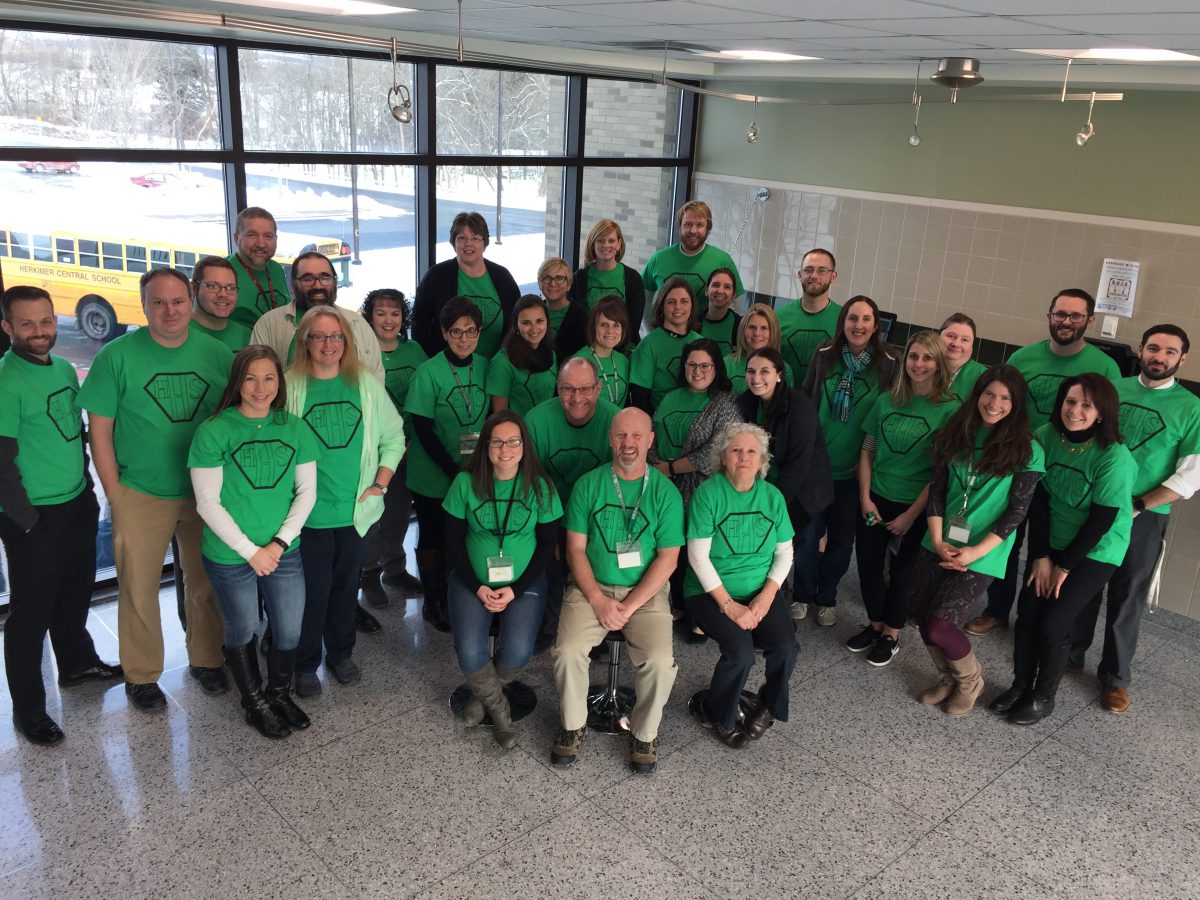 Guest speakers Tom Murphy and Rick Yarosh of the organization Sweethearts & Heroes delivered a passionate message to students at Herkimer Jr./Sr. High School on the first school day of 2018 — that each of us has the power to make a difference in the lives of others.

Teachers wearing green “HHS Heroes” T-shirts ushered students into the auditorium first thing Tuesday morning to start off the new year with a message of inspiration and empowerment.

As Murphy, a Cooperstown High School graduate and former mixed martial arts fighter, rattled off statistics about bullying (60 percent of young people say those who are bullied deserve it; 95 percent of bullying goes unpunished), he pointed out that the majority of students are neither bullies, nor targets of bullying, but rather bystanders. 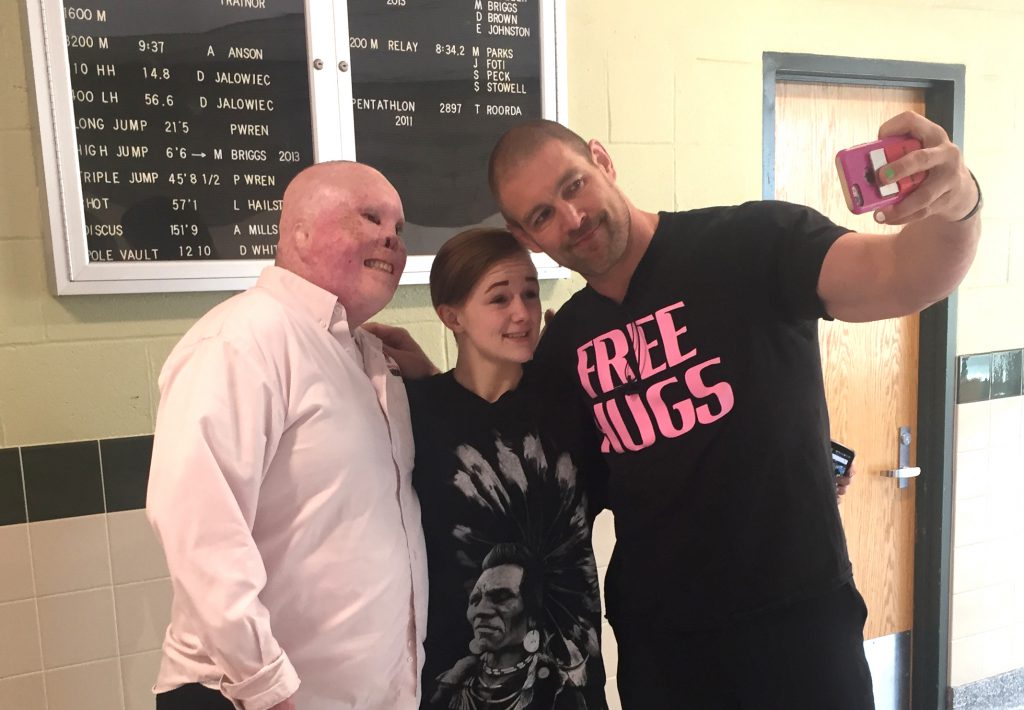 Murphy was joined on stage with co-presenter Rick Yarosh, a retired U.S. Army sergeant who told students of his experiences being injured in Iraq more than 10 years ago, and his road to physical and emotional recovery.

Yarosh spoke poignantly about the power of hope — the hope within each of us, and the ways in which people around us can give us hope.

“There are times in our lives when we feel like we can’t hold on,” Yarosh said, referring to his own experiences as well as those of others. “But we have to. The possibilities are always out there.”

Yarosh and Murphy urged students to be “sweethearts” — carriers of hope — and “heroes” — someone who jumps into action when they see bullying happening. Murphy made the point that bullying often happens out in the open, and that “any kid can tell you who’s being bullied, and who the bullies are.” 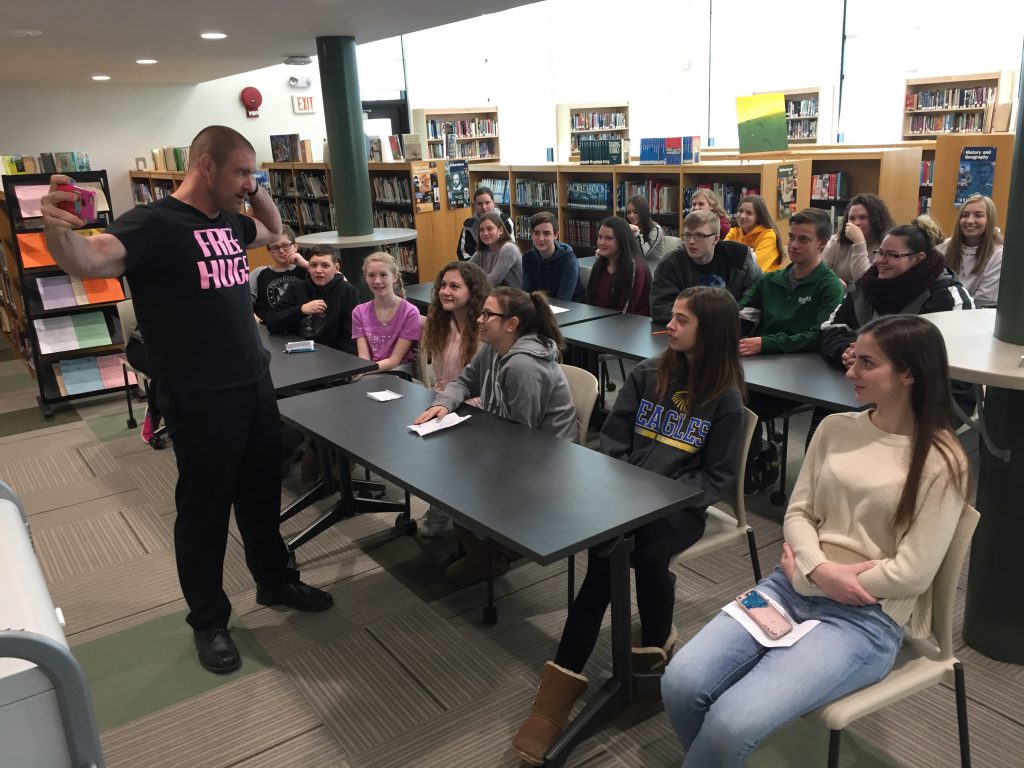 He brought students up on stage for “bullying drills,” and quickly schooled the group on the “ABCs” of bullying, using the metaphor of being a superhero to demonstrate how someone can swoop in and save someone from a bullying situation.

“Can you imagine someone’s falling from a burning building, and Superman’s right there, but he doesn’t step up and save him?” Murphy asked the group. “No way! It’s your responsibility to jump in and take action.”

After the close of Murphy and Yarosh’s presentation, the two guest speakers worked with smaller groups of students to discuss topics such as facing adversity, and being an empathetic leader.

According to teacher Brooke Jones, Tuesday’s assembly will be just the start of “a climate change in our schools.”

Staff began promoting messages of empathy, kindness and positivity through an initiative branded “Herk Heroes” toward the end of 2017.

“It started with teachers, and now we’re spreading the message to students,” Jones explained. “We’ve got a lot of ideas about what we’re going to do to carry this forward.”