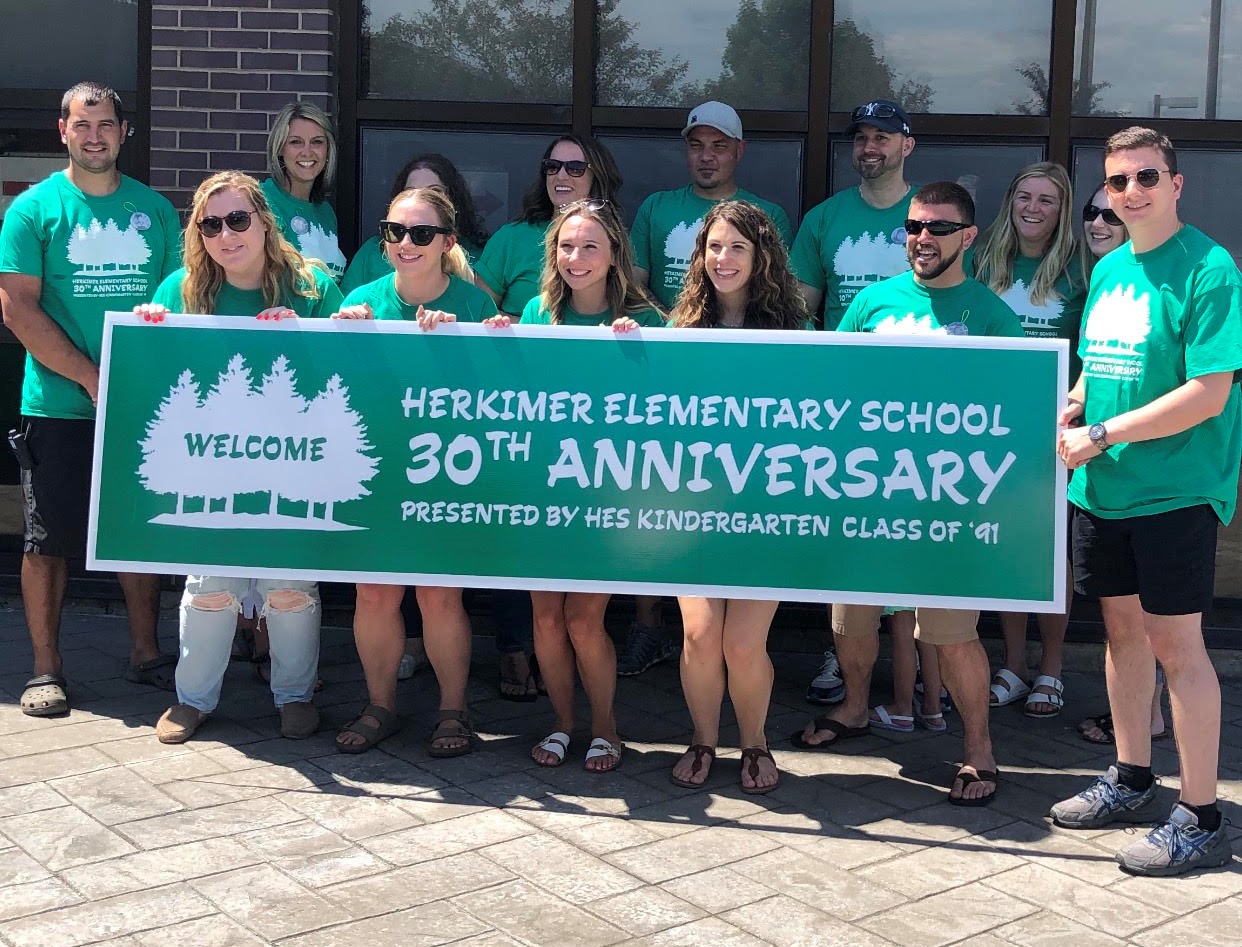 On June 12, the Herkimer Elementary School Kindergarten Class of 1991 hosted a 30th anniversary for the current elementary building. As the first class to start at the “new” school in 1991, they planted seven trees at the end of their time at HES.

Those same students returned and planted a new evergreen tree at the entrance of the school. They were  joined by five kindergarten teachers that were at the building in its first year, staff, past and current teachers, and parents to celebrate.