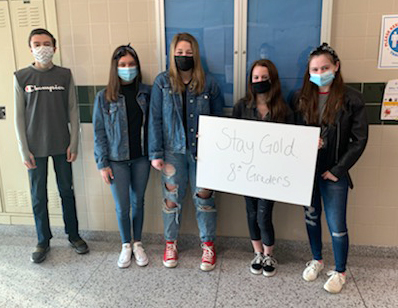 Imagine if a popular character from a book had a Twitter profile.

Well, that’s exactly what the grade 8 English students in Jillian LaLonde’s class at Herkimer Jr./Sr. High School have been doing in March while reading the popular book, “The Outsiders.”

LaLonde has taught the book to her students for more than five years and said her students have always struggled to keep the characters straight. After working with the district’s technology department, she decided to incorporate social media and have her students create Twitter profiles for the characters.

In March, students also dressed as characters from the book.

“The characters in the novel are teens that the students can really relate to, so I thought it would be good to give these ‘typical teens’ the social media that today’s teens are using,” she said. 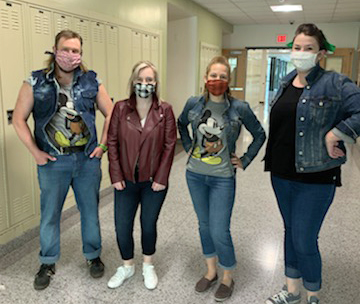 “Students are really diving head first into characterization with this assignment. They normally have a basic overview of each character when we go through a novel. This book really shows what the characters go through on a daily basis and how their personality, how they are raised, and how they express their emotions can really have an impact on all aspects of their life.”

The project started with a worksheet that listed each student’s character and asked them basic questions. From there, they went to a worksheet that was broken down into sections (personality traits, physical description, feelings, and behavior). Before diving deeper into the character dissection, the entire class discussed Twitter, and LaLonde assigned each student to look up three public figures of their choosing. When looking at these figures, they noted their usernames, profile pictures, and their bios. They then took their original characteristics and added them to a Google slide.

LaLonde said examining emotional characteristics and behavior of their assigned characters will help students in the future.

“Through my curriculum, I try to teach my students to develop a sense of empathy and understanding for others. My goal is to teach students how to walk a mile in someone else’s shoes,” she said. “By fully immersing themselves in their given character to the point where they can create a tweet or profile, they have ‘walked’ a mile in their shoes.”

McKenna Gargas has embraced the project and said she’s enjoying doing it. She’s building a profile for the character, “Poneyboy Curtis.”

“This project is unique. We haven’t done anything like this before,” she said. “I use social media every day, so that’s great.”

LaLonde added that technology has helped take something students are interested in (social media) and joined it with a book from the 1960s.

“They are having fun with the creative aspect of the assignment and getting to look at a novel in a very current way,” she said.