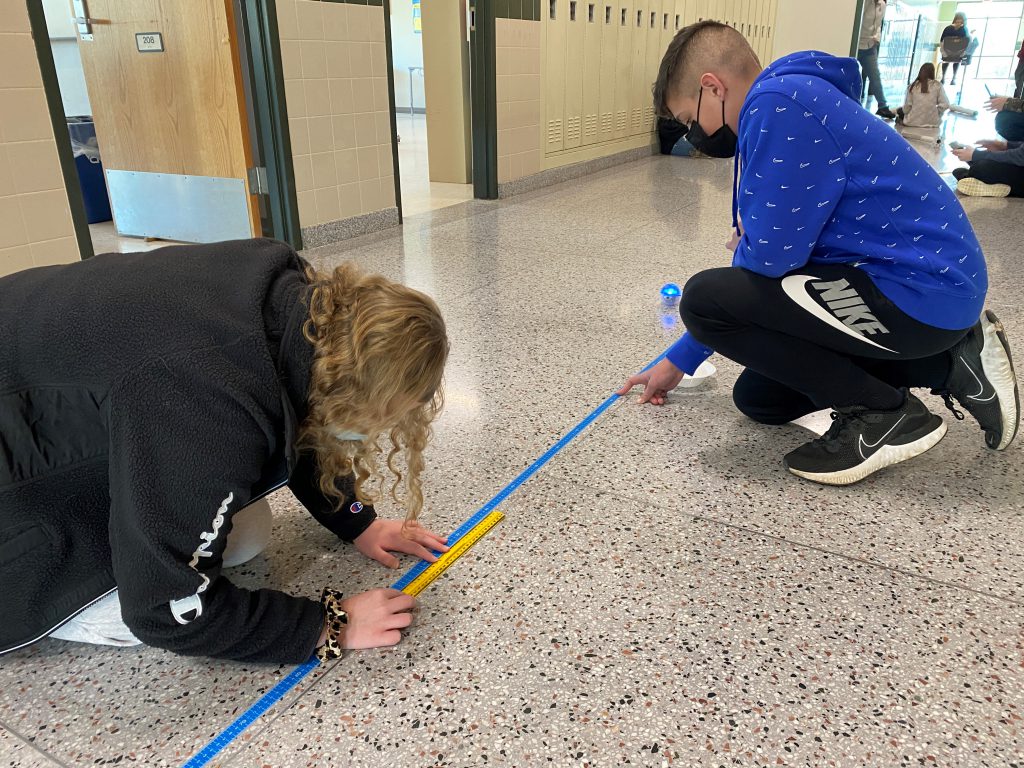 In early April, classes of grade 8 science students equipped with laptops, rulers, and a programmable round Sphero robot made their hallway a classroom throughout the day as they learned about Newton’s Third Law.

About 80 students working in small groups learned the intricacies of Newton’s Third Law, as well as many applicable science skills. Students wrote a short program that directed the robot to collide with the object of their choice. They then measured the distance the object traveled as a result of the collision.

“They had to repeat many trials with their robot, learning the value of accurate data collection. They also had to do on-the-fly problem solving, working through tech issues, and adapting to the learning curve of the Sphero.”

The project not only reinforced students’ problem solving skills, but also enhanced their collaborative skills.

“Students learned to make simple computer programs in the Sphero App in addition to the science skills they put to use. The control they had over setting speed and aim of the Sphero made all the difference,” she added.