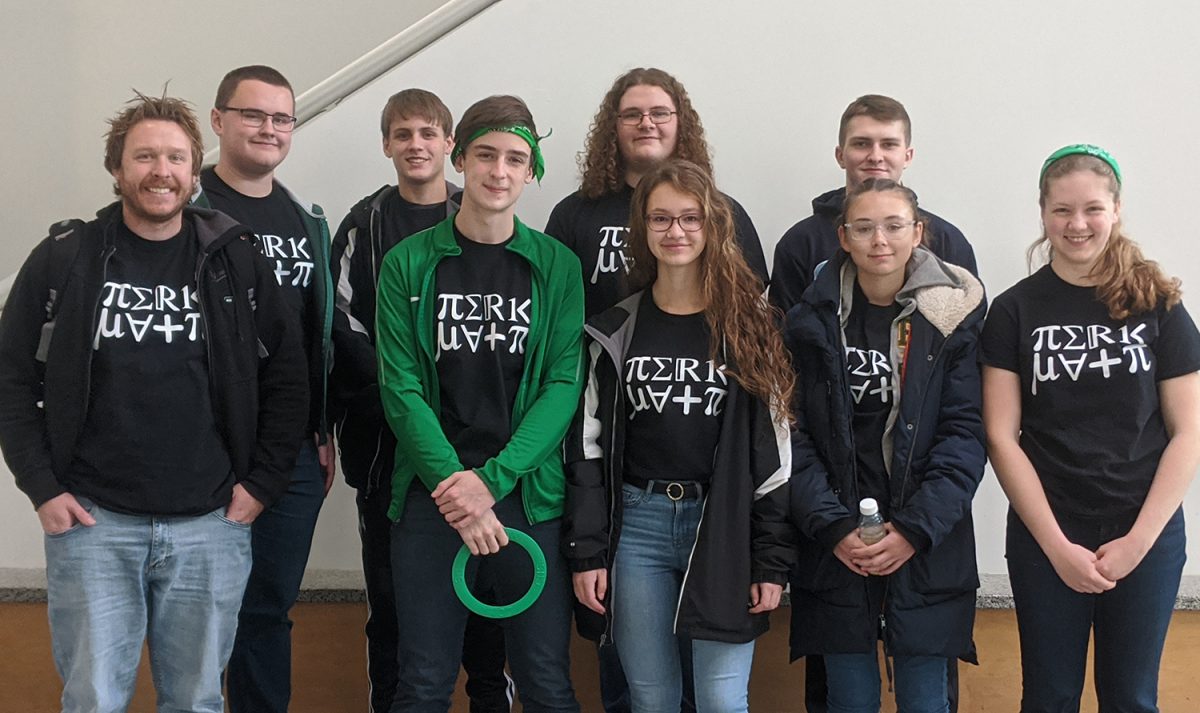 Herkimer High School “mathletes” competed in the 15th annual MVCC Mathletics Competition in November under the tutelage of Mr. Meininger.

Two teams of four juniors and seniors participated in the competition, which consisted of an hour-long math test that challenged students’ knowledge of precalculus principles.

The Herkimer teams competed against many other teams from high schools throughout the region, and while they did not place in the competition, “we did the best we have ever done in the past,” Mr. Meininger reported. 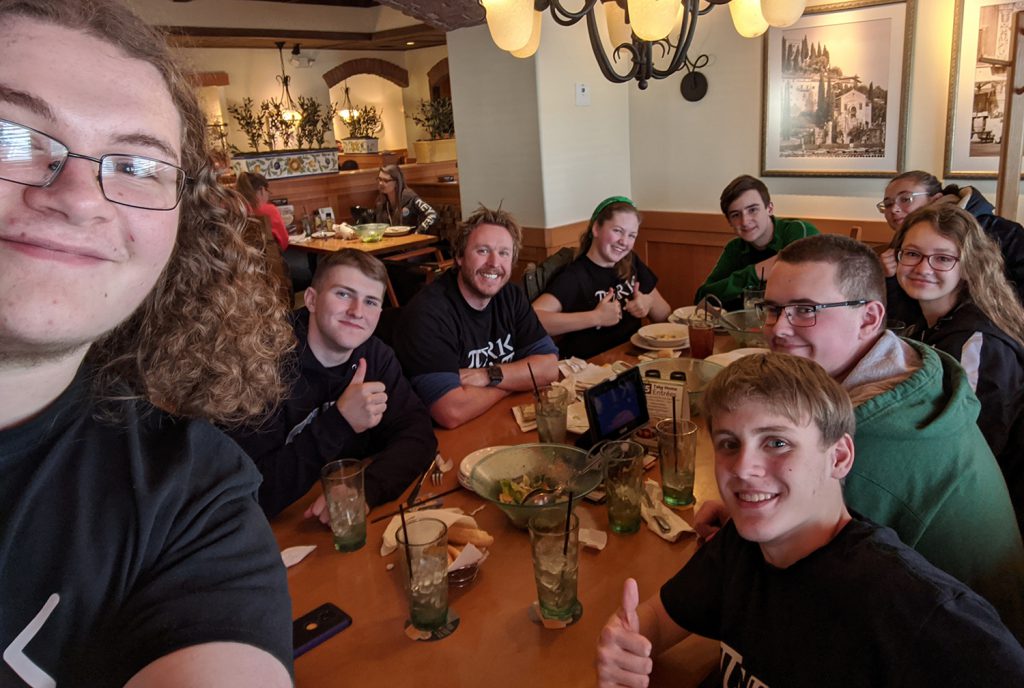 Following the competition, the team enjoyed lunch at the Olive Garden, and showed their team spirit by wearing T-shirts designed by a student. The group also got to visit some of the facilities at the college, including the FABLab and the cadaver lab.

“They really enjoyed it,” Mr. Meininger said of the students who participated, adding, “These are motivated students who have a genuine interest in math.