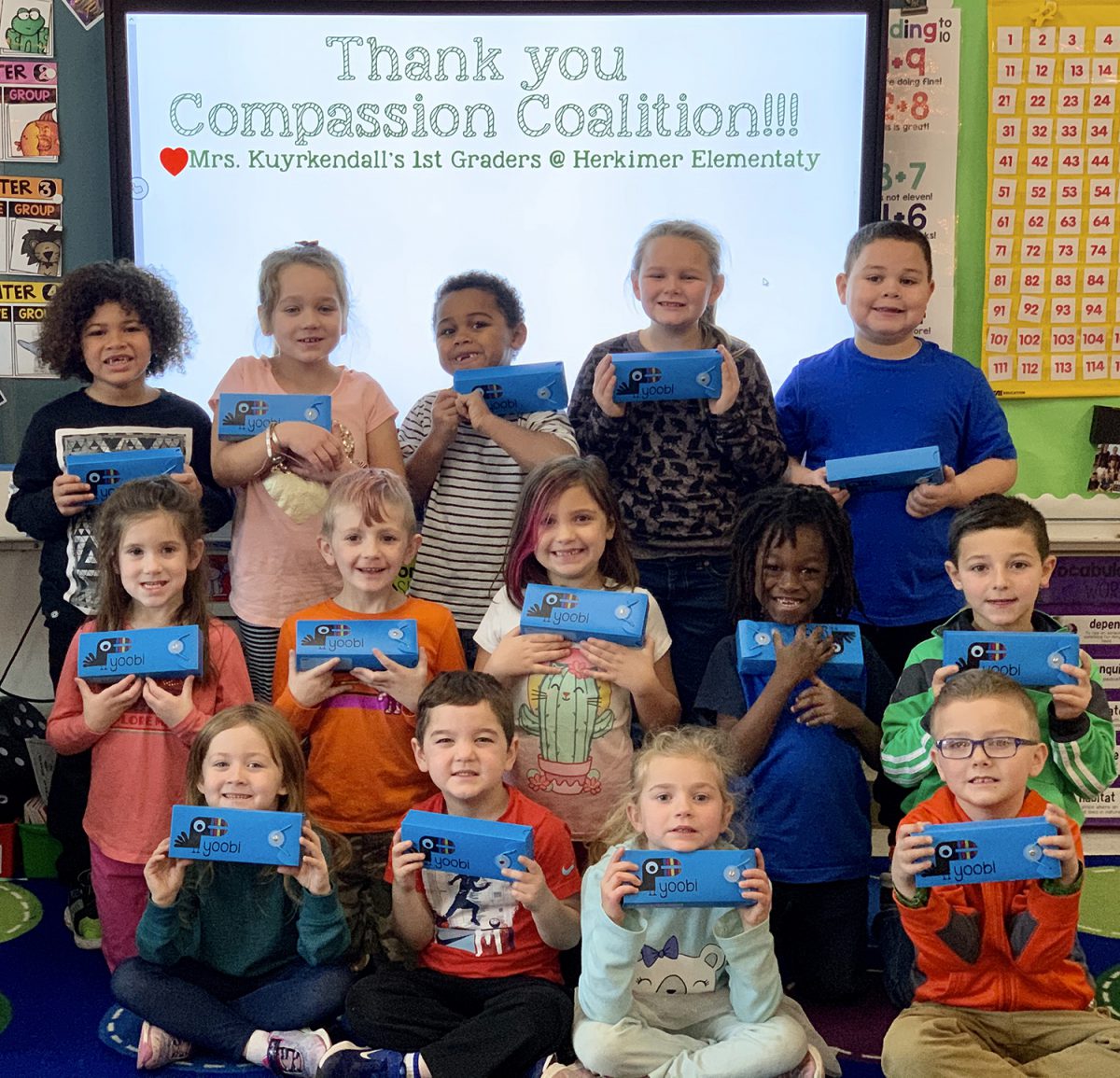 Herkimer Elementary students got an early holiday gift in December when the Compassion Coalition paid them a visit.

The coalition, a Utica-based self-sustaining nonprofit, brought donations of school supplies and socks to every student in kindergarten through fifth grade. Each student received a school supply pack from Yoobi valued at $15 that included crayons, colored pencils, pencils, glue sticks, folders, stickers, markers, erasers, a ruler and a pencil sharpener. In addition, each classroom was given a pack of scissors to share.

“This was a super special day for the students, since there are no other recipients of Yoobi in central New York,” a Compassion Coalition spokesperson explained.

Yoobi is a stationery company that supports students and schools with its school supply packs. According to its website, “For every Yoobi item purchased … Yoobi will donate a Yoobi item to Kids In Need Foundation and/or other donation partners for distribution to a classroom in need in the United States.”

The Compassion Coalition operates Equipped 2 Teach, a free store for teachers where school supplies are provided at no charge. The nonprofit is nationally affiliated with Yoobi’s Kids in Need Foundation.

“We wanted to bring a bit of Equipped 2 Teach to Herkimer Elementary,” the Compassion Coalition spokesperson explained.

Organizers said the giveaway was valued at $19,665.

“Our class was very excited and thankful for our Yoobis from Compassion Coalition!,” Mrs. Kuyrkendall said of the donation.