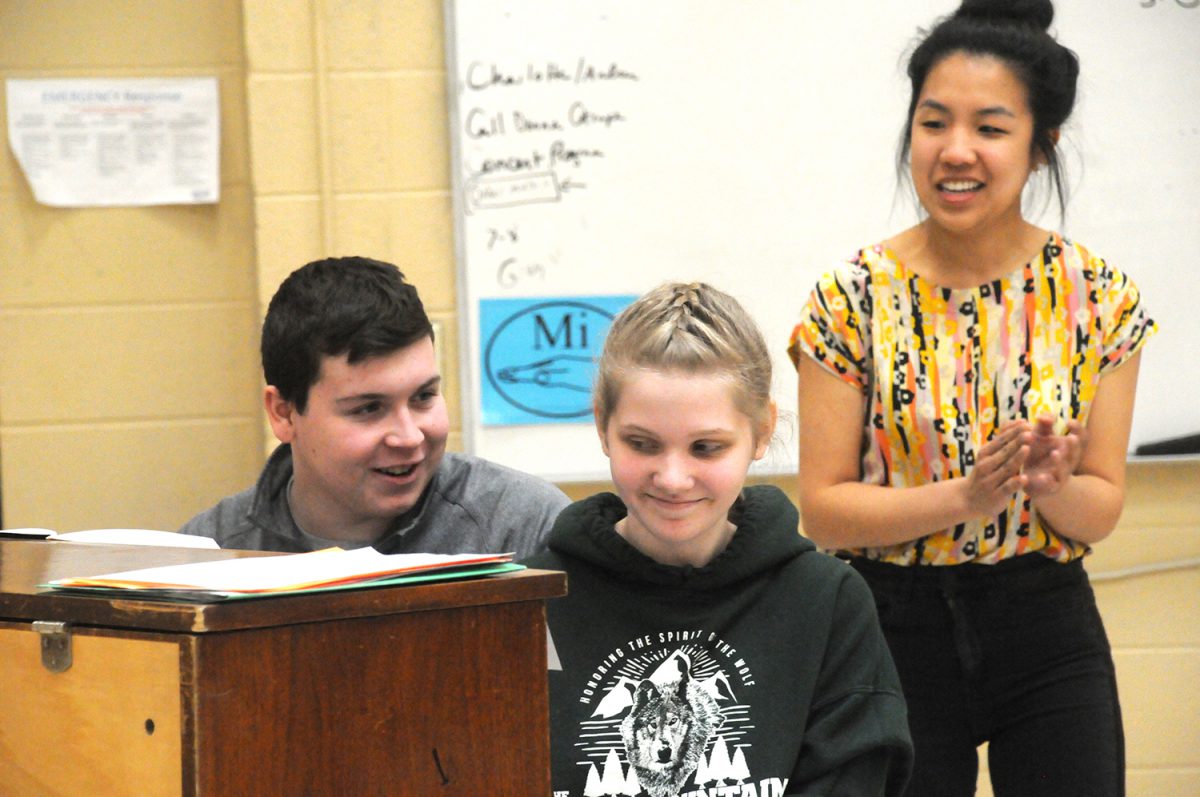 Prekindergarten students at Herkimer Elementary neighed like horses, buzzed like bees, flapped their arms like bird’s wings and sat as quietly as owls while visiting artist Silvie Cheng read a short picture book by Dr. Seuss.

The excited students squirmed in their seats as Cheng talked to them about the different feelings they might get from the colors shown in the book, and from hearing different types of music. 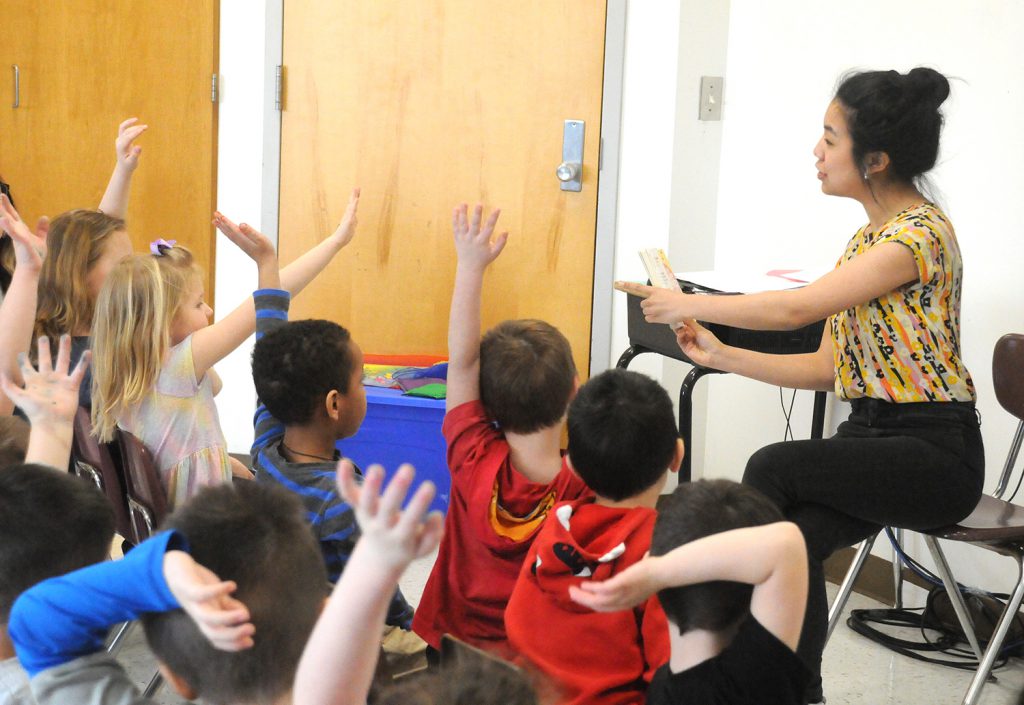 Cheng’s visit with the kindergarten students was just one small part of a three-day visit from the Bridge Arts Ensemble, a nonprofit organization of teaching artists that serves schools in upstate New York.

During the Ensemble’s three days at Herkimer, talented professional musicians worked directly with students at all grade levels to both expose students to a variety of musical styles, and engage them directly in the process of listening to, composing and performing music.

At the elementary school, third- through fifth-graders listened to a concert that retold “The Story of Babar,” based on the popular children’s picture book, while kindergarten through second-grade students heard a concert based on “Old MacDonald.”

Workshops gave elementary students the opportunity to learn more about music, understand patterns in music and even explore how music can have a texture. A group of third-graders gathered in Mr. Fox’s room on Thursday to talk about how we use our senses when we interact with music. Students closed their eyes and touched their hair, T-shirts and chairs, and picked out words to describe those textures before listening to a few pieces of music and considering the “texture” of what they heard. 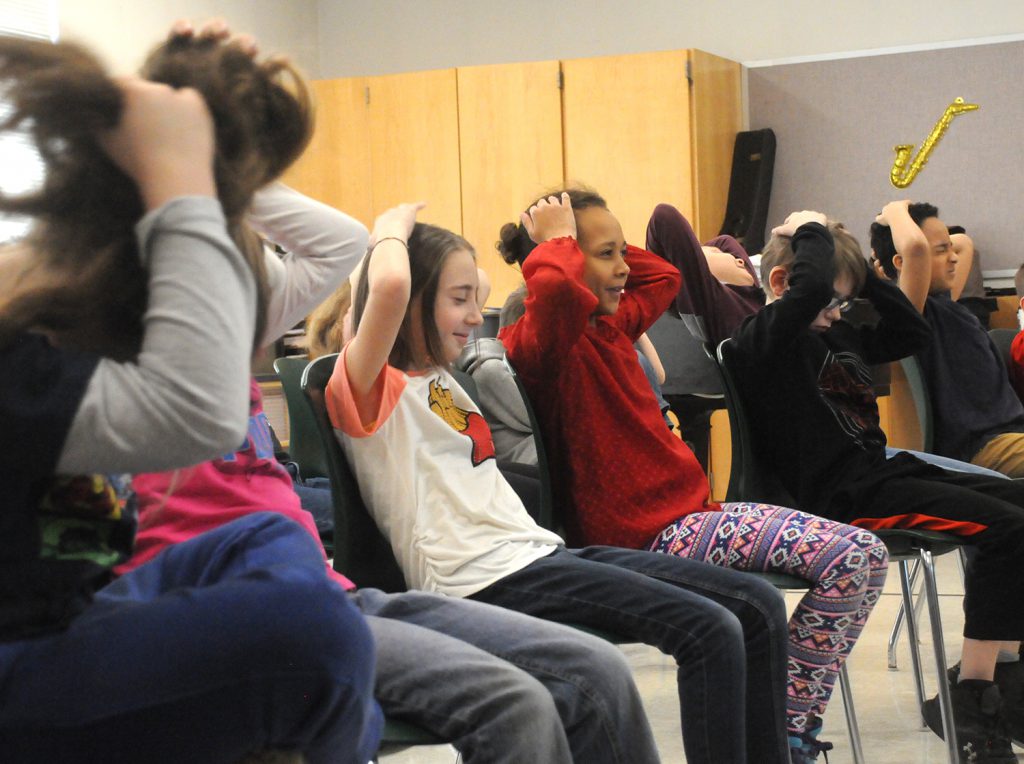 Another group of students laughed and cheered as the Bridge Arts presenters worked on drum, cymbal and violin to create a sound with a “solid” texture, calling out suggestions for how to improve the sound.

“We want them to be able to think about music, not just about how it makes them feel, but how it sounds, and how those sounds are made,” the presenter explained. 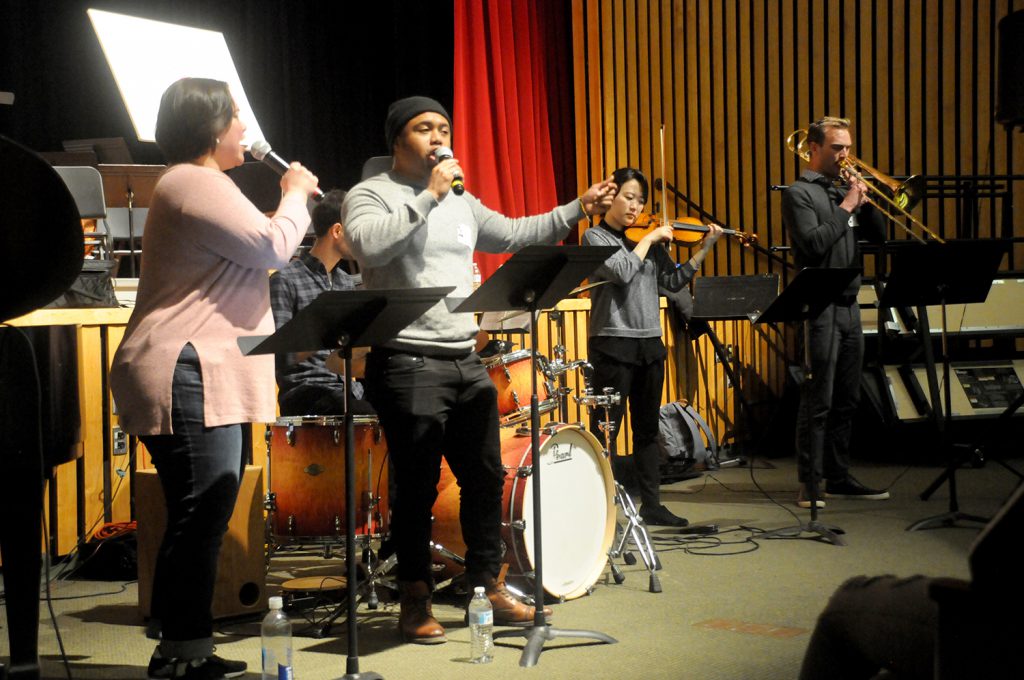 At the Jr./Sr. High School, students in band and chorus got to rehearse for their spring concert with members of the Ensemble, as well as having the chance to work hands-on with Ensemble members on vocal performance, piano, instrumental music and on other topics such as the art of practicing; overcoming performance anxiety; and auditioning.

A concert given for junior high and high school students looked at the musical styles of four centuries, and explored how the events of those times influenced the music of each period.

Bridge Arts members will join the band and chorus during Thursday night’s spring concert, which will begin at 7 p.m.