Herkimer Central School District senior Josh Leskovar was recently named a Commended Student in the 2023 National Merit Scholarship Program and was announced as this year’s winner of the Daughters of the American Revolution (DAR) Good Citizen Award.

Those recognitions set the stage for how Herkimer Jr./Sr. High School will continue to honor student achievements with awards throughout the school year – highlighted by the Academic H Awards in November and graduation awards in June, High School Principal Mary Tomaso said.

“This is just the beginning of the award season, when we recognize students for their leadership and the skills that they’ve developed throughout high school,” Tomaso said.

Herkimer school administrators believe awards not only give students well-deserved recognition for their work but also help to motivate other students, so the awards are integrated into the school year.

“I hope these awards help motivate our students,” Tomaso said. “Athletes, actors and actresses are naturally in the spotlight. Our scholars are equally deserving of recognition.”

The Academic H Awards also feature a former Herkimer student returning to give current students some insights into life after high school. The guest speaker is traditionally the Student Council president from four school years prior, and this year’s speaker will be 2018-19 Student Council President Johanna Humble.

“This is their varsity letter for academics,” Tomaso said.

The graduation awards in June are focused on graduating seniors but also include underclassmen awards. Students are recognized for a variety of academic achievements through the awards, most of which include cash prizes. More than 230 awards were given out during the 2022 Graduation Awards.

The value and importance of the awards are emphasized to students – especially for memorial awards, Tomaso said.

“A lot of the awards are in memory of people, so their legacy can be remembered,” she said. “I always say to students that it’s important to the people honoring them, and they were selected to honor a legacy.”

Leskovar was recently selected as the winner of the 2022 DAR Good Citizen Award for Herkimer Central School District.

Herkimer teachers and staff were asked to rank the top three seniors they believed were deserving of the award for representing leadership, dependability, service and patriotism, said Laura Scalise, a Herkimer government and economics teacher who is also the faculty facilitator for DAR.

After the top three were decided, senior students were asked to vote on their choice for the award out of those three seniors, and Leskovar won.

To advance to the next level of the DAR competition, Leskovar then had to submit information including a grade transcript, a list of activities and information about his future plans. He also had to complete an essay within a two-hour time limit. He is eligible to advance through multiple rounds and receive awards, Scalise said.

Among the many school activities Leskovar is involved in, he played both cross country and soccer this fall, gathered supplies for the school homecoming bonfire, hosted the development of the class float for the homecoming parade and has been a great treasurer the past two years for the Student Council, said Scalise, who is also the Student Council advisor.

“If something’s going on in school, he’s probably around helping out,” Scalise said. “He’s just an all-around really good kid,” Scalise said. “I’m very proud of him, and he’ll definitely do great things moving on.”

Leskovar said he knew he did pretty well on the test, but he didn’t know if he would receive the recognition until he found out from the school about the Commendation Letter.

“It was exciting,” he said.

Leskovar is currently looking into college programs for engineering – focused on chemical science or biomedical engineering – and plans to start applying to colleges soon.

His decision to pursue an engineering career was influenced by his participation from grades 9-12 in Project Lead the Way, located at Frankfort-Schuyler Central School District. He took one class at Project Lead the Way each school year for grades 9-11. As a senior, he goes there for one class, has a study hall there and then has another class period there for a capstone project.

Project Lead the Way allowed him to learn about different types of engineering and what you can do with each path. It also helped him figure out that he definitely likes engineering, he said.

“I like problem solving,” he said. “There’s never one right answer.”

He has always been interested in math and science, and Project Lead the Way presented him with an opportunity to find out more about engineering, he said.

“I thought it was worth trying, and it definitely has helped me a lot,” he said. 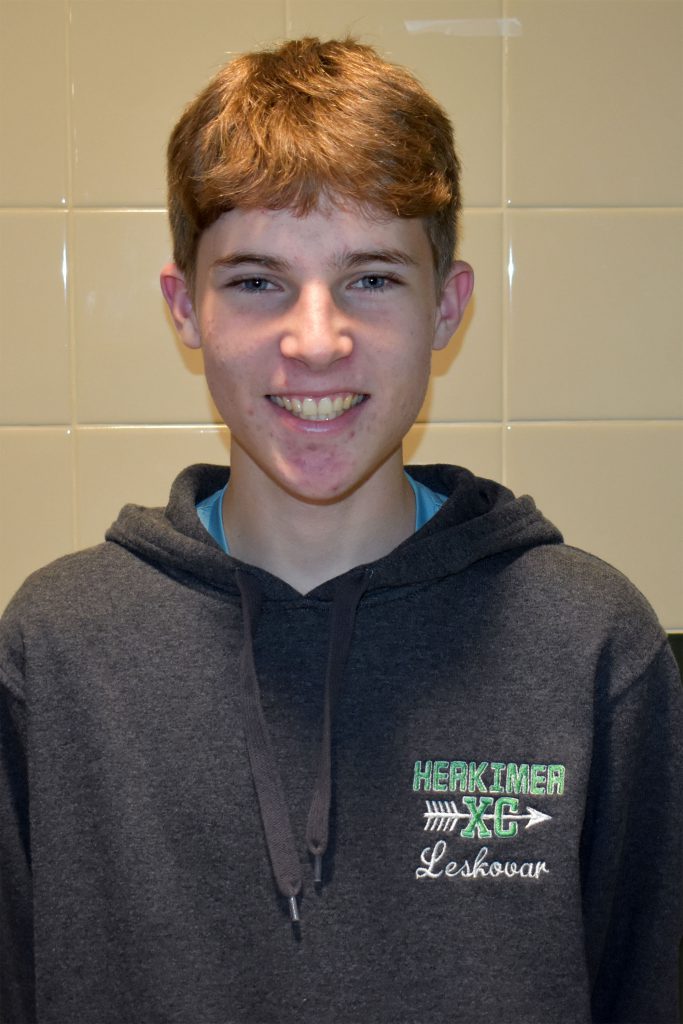 Herkimer Central School District senior Josh Leskovar recently won a Daughters of the American Revolution (DAR) Good Citizen Award and was named a Commended Student in the 2023 National Merit Scholarship Program. His recognitions are just the first of the hundreds of awards that will be given out this school year to Herkimer Jr./Sr. High School students.