School clubs have returned to the Herkimer Elementary School this fall for the first time since COVID-19 first impacted schools more than two-and-a-half years ago.

Most of the clubs that were previously in place are now up and running again, and a new one has been added with a third-grade Drama Club. Despite the gap in club availability, students jumped right back into joining clubs, Herkimer Elementary School Principal Renee Vogt said.

“Our numbers are high,” Vogt said. “Kids are interested. The teachers are excited to bring it back.”

Herkimer Elementary School clubs had to stop meeting after COVID-19 caused schools to close for in-person learning during the second half of the 2019-20 school year, and clubs stayed out of commission during the 2020-21 school year with many COVID regulations in place. Then during the 2021-22 school year, many challenging aspects remained that caused the clubs to stay out of operation – including COVID restrictions still in place, staffing issues and a split schedule for the school day that would have made club and bus timing harder to manage, Vogt said.

This school year, the Elementary School is back to an aligned schedule, and the district was able to work with Birnie Bus Service to have two late buses available for students staying for clubs, Vogt said.

It was important to bring clubs back because they are a valuable aspect of school and allow students to try out different interests, Vogt said.

“I think it’s a great thing for kids to have that opportunity to experience things that are above and beyond the academic day,” Vogt said.

The schedule for clubs was spaced out so students can join multiple clubs. Students have to keep up on their grades and work to stay involved.

Clubs meet right after school for about an hour. Most clubs meet twice per month, but Drama Club takes place three times per week.

Herkimer Elementary School students put on grade-level plays in first grade and second and regularly enjoy the singing, dancing and acting aspects, so it was clear there would be interest in a third-grade Drama Club, Vogt said.

Establishing clubs that students would enjoy and benefit from is the attitude the district wants to take toward clubs in general, Vogt said.

“If that’s what the interest is, let’s do that,” she said. “That’s why the Drama Club was created.”

Second-grade teachers Debra Knowlton and Brenna Kirkpatrick are the advisors for the Drama Club. The opportunity for the Drama Club to meet three days per week allows for a more in-depth experience, Vogt said.

Students have been working on creating the props and will continue to do that through November. Auditions took place in October, and students recently received their roles. The practices will run until students put on a play in March, Vogt said.

Herkimer fourth-grade teacher Amberlyn Ellinger, who is the advisor for Newspaper/Social Media Club 4 and STEM Club 3, said she and the other elementary teachers are thrilled for students that the clubs are back.

“I don’t know who’s more excited – the students or the teachers,” Ellinger said. “The longer we can have them here working on their social skills, the better it is for everybody.”

Ellinger believes involvement in school clubs is very valuable for students and strengthening the school community.

“It offers a lot extra collaboration for the kids and outside opportunities,” Ellinger said. “It gives them a sense of belonging outside of the classroom.”

Ellinger is happy the school can provide a good variety of clubs as well.

“There’s something for everybody too,” she said.

“A lot of our clubs are in a position to support the entire student body,” Vogt said.

Another example is that the STEM 5 club is creating contraptions to help items stay in storage areas connected to desks, Vogt said.

“It’s exciting to me to see kids so excited about doing something to go above and beyond,” Vogt said.

Clubs up and running

Students are already enjoying the return of the clubs, Ellinger said, and she has seen it directly in the two clubs she advises.

Newspaper/Social Media Club 4 students are aiming to create a newspaper once every month or two, and the club is great for helping students develop writing skills, Ellinger said.

“They’re very excited,” Ellinger said. “It’s a small amount of time. They have a lot of ideas they want to do.”

STEM Club 3 students have enjoyed activities such as a challenge to see which group could build the tallest towers using candy corn pumpkins and Popsicle sticks, Ellinger said.

“All I did was give them the supplies and the idea, and they had to figure out the rest,” she said.

Another early activity was painting with Q-tips as an alternative form of art, Ellinger said, and students also learn about responsibility.

“They like to get messy, but they have to clean it up, and that’s not a problem for them. Making a mess is also making them learn, so I’m OK with it,” she said. “There’s definitely a lot of peer interaction and team-building.” 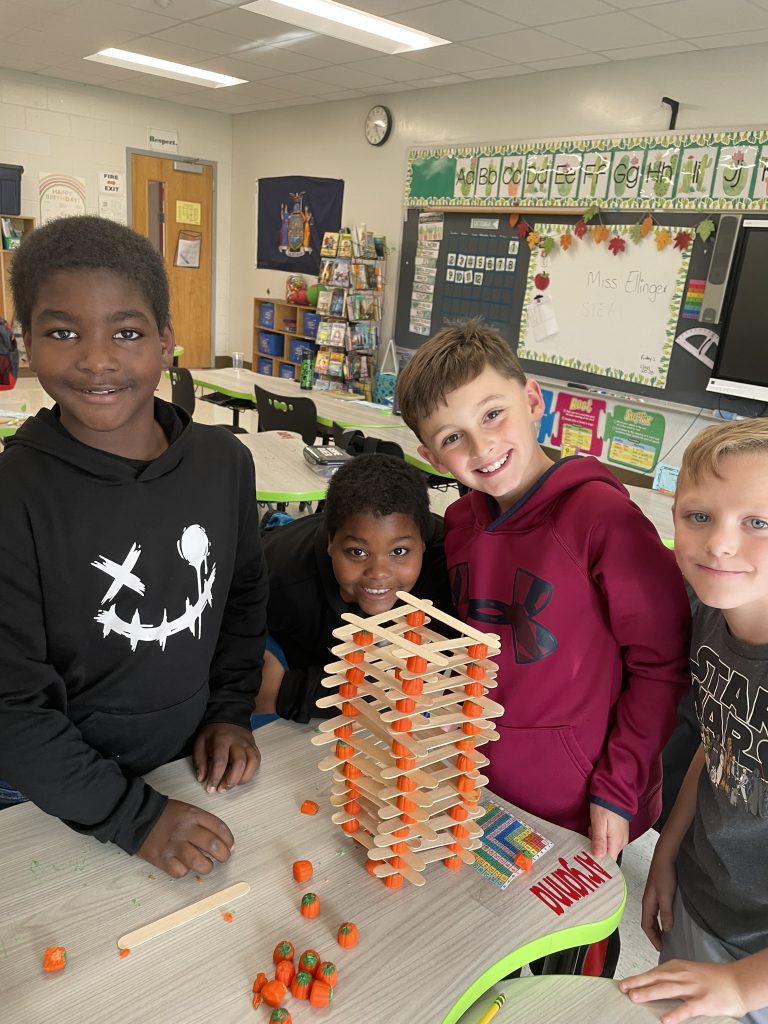 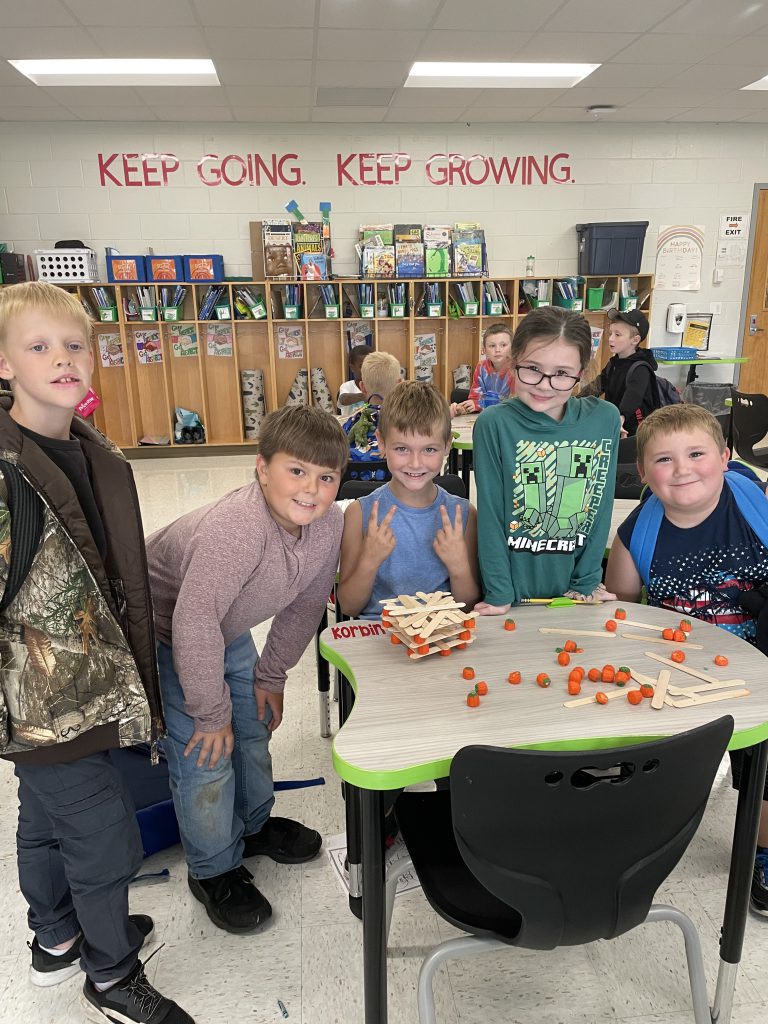 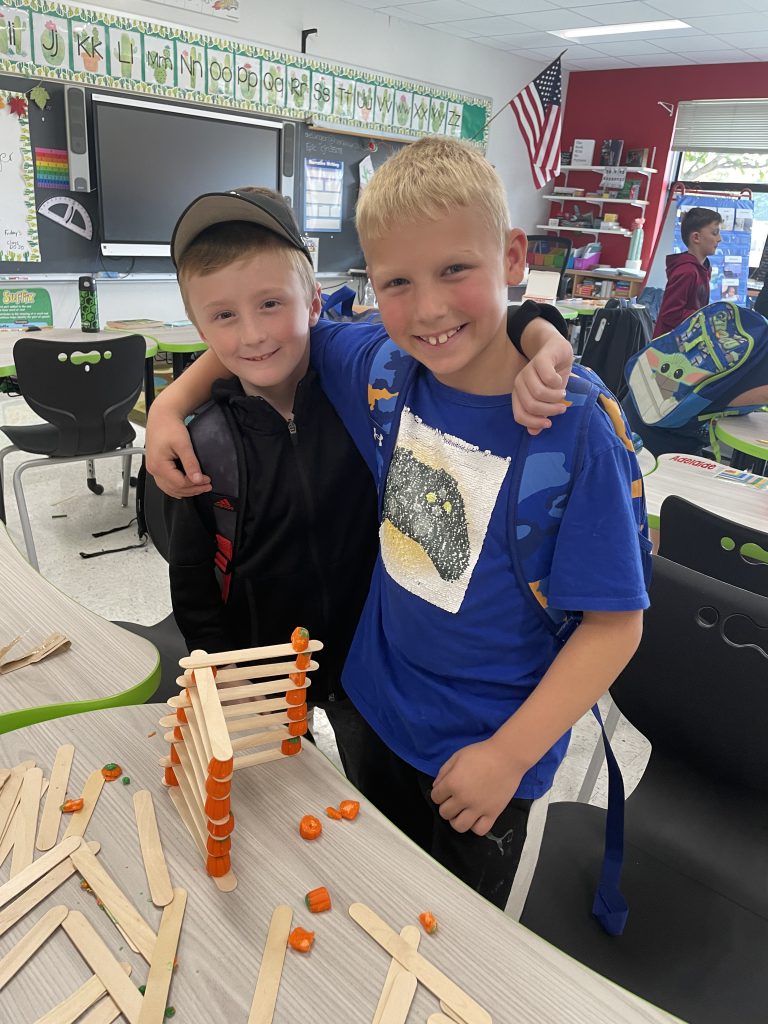 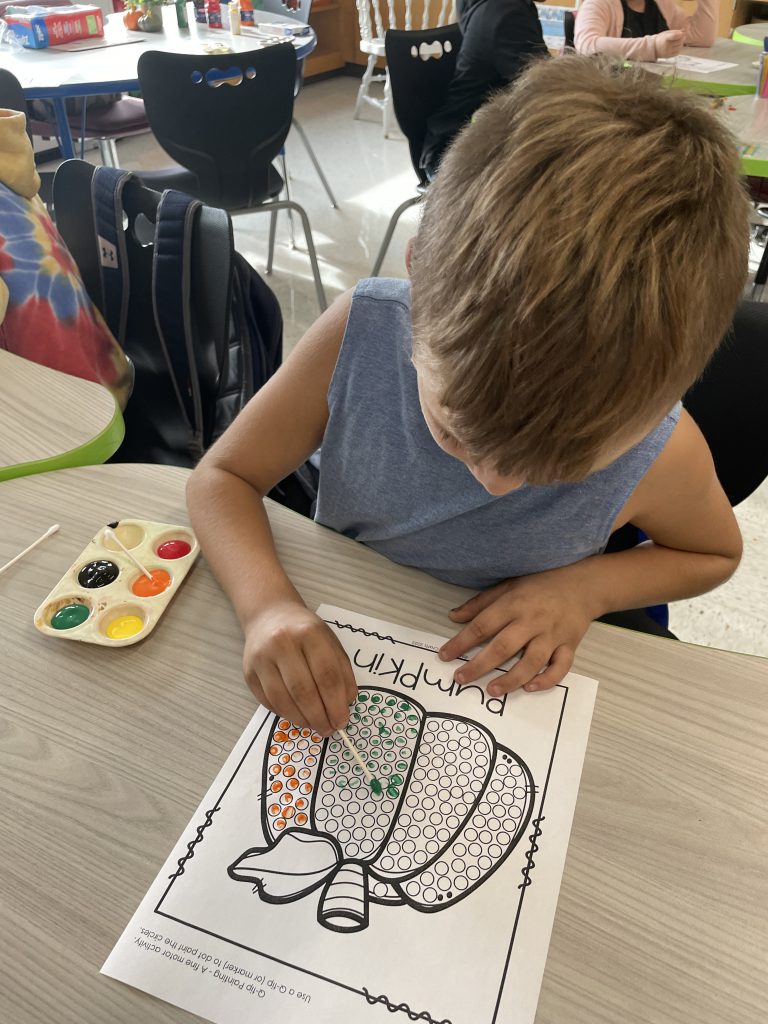 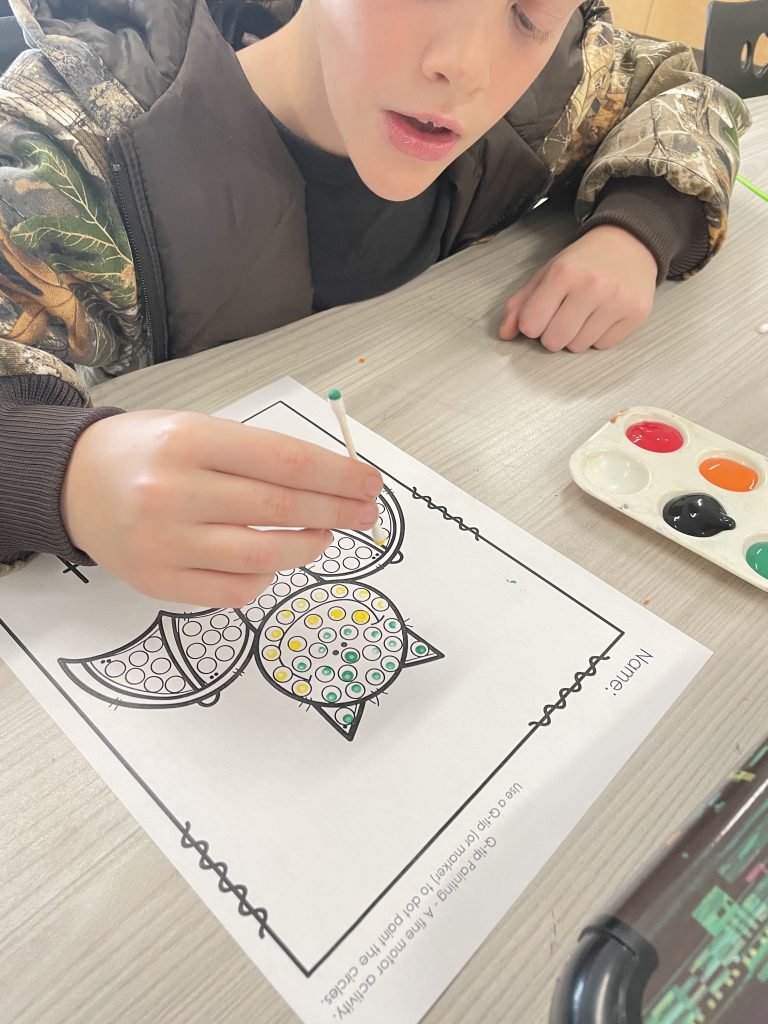