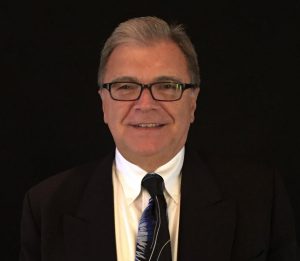 On Feb. 1, 2022, Gary Tutty will assume the role of Herkimer CSD interim superintendent for the second time in his career. In the meantime, he will work as deputy superintendent until the retirement of current superintendent, Robert Miller, on Jan. 31, 2022.

Tutty – a native of Ilion – said he is honored to work in the position during this transitional period.

“Times are always challenging for public schools, and I don’t have to convince anyone of how challenging the times are now for students, staff, the board of education, and the community,” he said. “I feel fortunate to be made part of that journey and look forward to working with everyone again.”

Aside from previously serving as interim superintendent at Herkimer, West Canada Valley, and Central Valley, Tutty has also served as superintendent in Morris, Ilion, and Putnam Valley Central Schools. While at Putnam Valley, he was named a regional Superintendent of the Year, and also received the Pioneer Award for innovation in educational technology.

Board of Education president Brian Crandall said he’s thankful for all the work Miller has done in the district, and wishes him the best in his retirement.

“I would like to thank Mr. Miller for all the hard work he has done for the district over the past 9 years during our difficult financial crisis and through this COVID era,” he said.

During his career, Tutty has also worked in various administrative roles in the New Hartford, Frankfort-Schuyler, and Whitesboro school districts. He was also an interim principal and athletic director in Owen D. Young and Poland. Early in his career, he taught junior/senior high school English in Middleburgh and in the Cooperstown Central Schools.

Between his years as a teacher and a school administrator, he was a sales representative, regional manager, and national sales and management training director for a medical company.