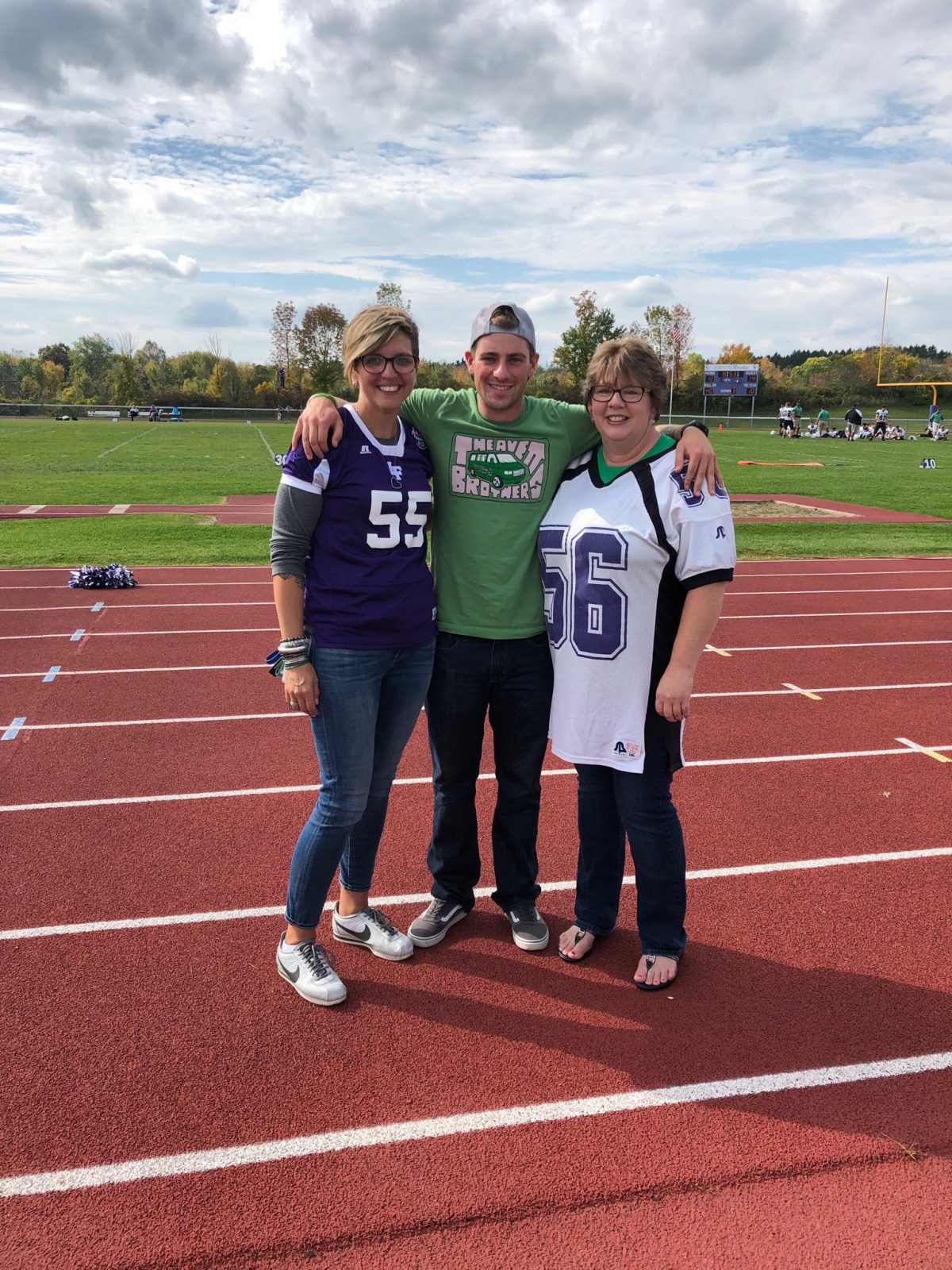 It’s rare these days to see Herkimer High School Principal Mary Tomaso in a Little Falls jersey, but when she donned one on Saturday afternoon, it was for a good reason.

Over the past week, Herkimer High School collected enough spare change and paper money to donate $1,700 to support the “Never Walk Alone” fund in memory of Connor Gage. Students, faculty, staff and even alumni stuffed collection jars full of funds to help support a scholarship that will be available to students from Herkimer, where Gage had attended school, and Little Falls, where he graduated.

Love it when Herk grads stop in to support Coins for Connor! #HerkPride pic.twitter.com/dpgDGzhhXL

But while the fundraising total was impressive, it wasn’t enough for Herkimer to top rival Little Falls in the friendly competition. The Mounties raised $2,600 to Herkimer’s $1,700, so representing the “losing” side, Ms. Tomaso donned a Little Falls Mounties jersey at the game.

“It was nice to see the Gage family and friends, especially Connor’s brother Ronnie, at the game,” Ms. Tomaso said, adding, “It was a great way to show them that Connor’s legacy lives on.”

The Magicians did triumph on the field, however, defeating Little Falls 32-12 in Saturday’s game. Herkimer plays at home on Oct. 4 against Holland Patent, and teachers are encouraged to attend wearing green to support the team. The game kicks off at 7 p.m.