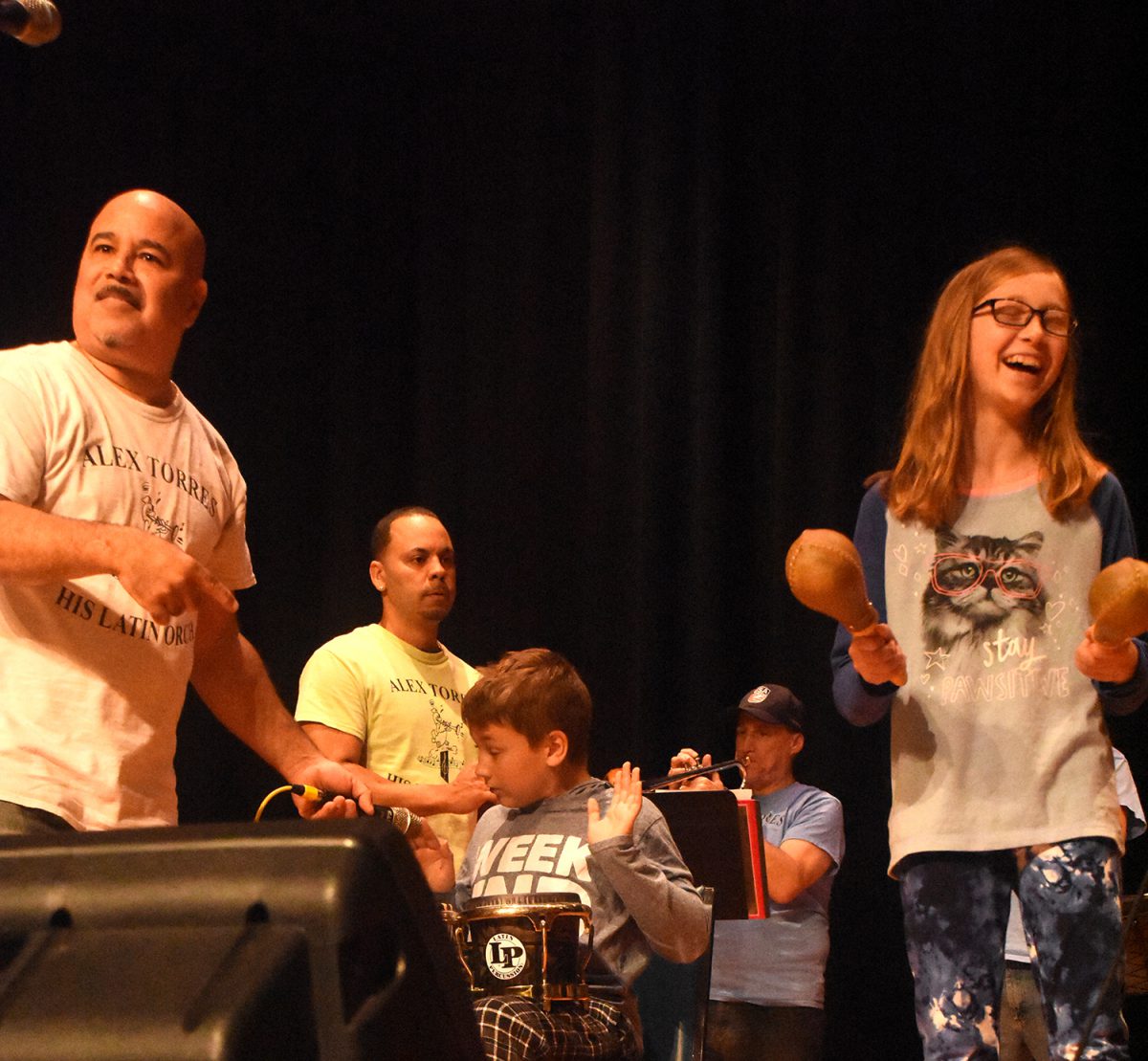 Herkimer Jr./Sr. High School students got to see their music teacher take on a new role on Friday, as Mr. Gordon took the stage with local salsa band Alex Torres & his Latin Orchestra.

Mr. Gordon has been teaching at Herkimer since 2017, but he’s been playing trumpet with the group for a lot longer — 21 years, to be exact. In addition to the group’s regular gigs at clubs and festivals, the band performs in schools throughout the region as part of the New York State Council on the Arts’ Arts Education Program.

Friday’s performance opened with an introduction from Alex Torres himself, who demonstrated the signature percussion instruments of the Latin orchestra — guiro, timbales, maracas, congas, bongos and claves — and brought out the full band to play tunes for students in grades 6-12. 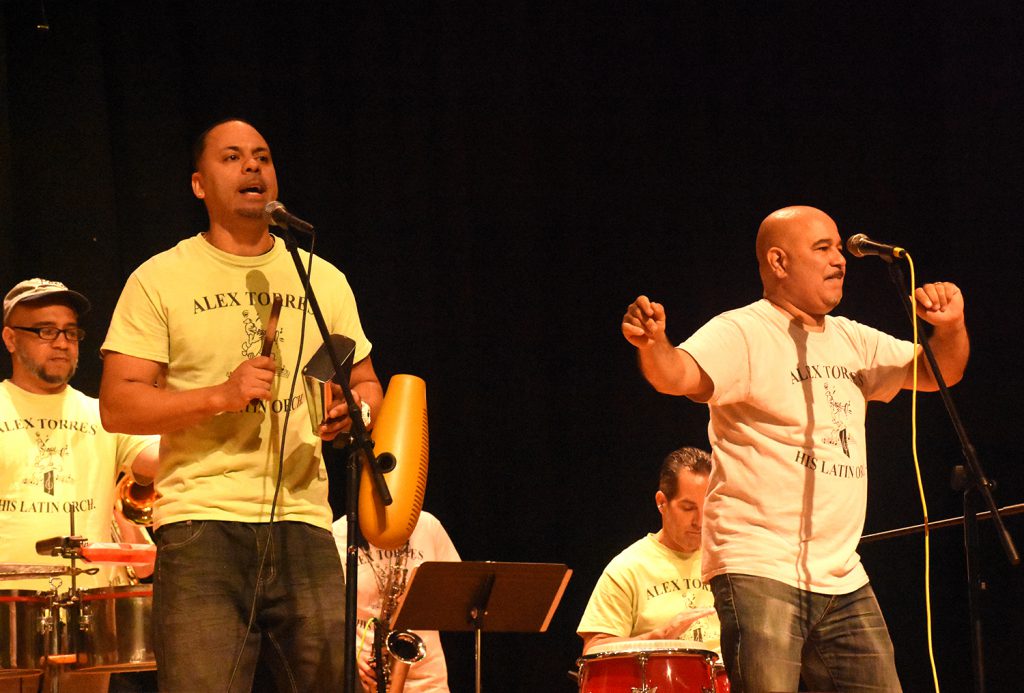 “It gives the students the chance to hear a professional band, and really hear what they’re capable of,” Mr. Gordon explained. “And hopefully it gives all our students an exposure to something new.”

Friday’s performance is also a nod to October as Hispanic Heritage Month, Gordon explained, giving students a chance to learn about the Afro-Caribbean roots of the rhythms heard in salsa music.

“It’s exciting,” teacher Heather McCutcheon said of the performance she helped bring to the school as Arts in Education coordinator.

And exciting it was as the band played, danced and sang, getting hands clapping and feet tapping throughout the auditorium. After a few numbers, Mrs. McCutcheon called up groups of students by grade level, who took turns manning the percussion section as the band played on.

The last group to take the stage were the teachers, who got a rousing round of applause from the students. The event went out on a high note as the band played one last tune, bringing students up out of their seats to dance in front of the stage, ending in cheers and applause all around.

Students, teachers, EVERYONE was moving to the rhythms of Alex Torres and his Orchestra today! A great way to close out the week #hispanicheritagemonth #HerkPride #artsineducation

A post shared by Herkimer CentralSchoolDistrict (@herkimercsd) on Oct 4, 2019 at 1:06pm PDT