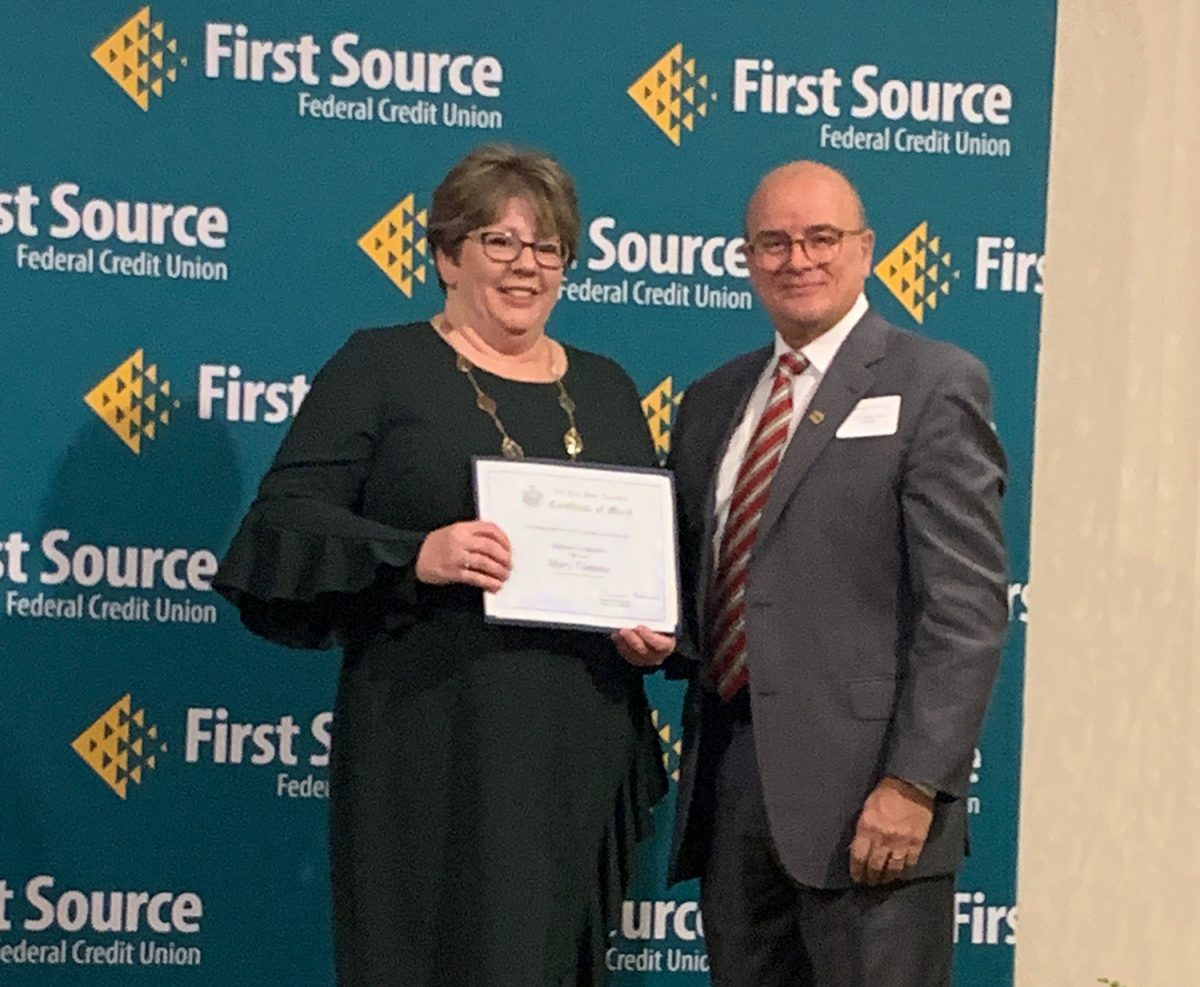 Herkimer High School principal Mary Tomaso showed her “Herk Pride” on Thursday when she was honored by the Genesis Group of the Mohawk Valley as an outstanding educator.

The longtime school administrator was among those recognized during the 14th annual Celebration of Education event, which “honors educators and programs in the Mohawk Valley that are positively impacting our students, schools and the community,” according to organizers.

In nominating Ms. Tomaso for this honor, Superintendent Robert Miller noted that Ms. Tomaso has been “a crucial member of the Herkimer Central School District faculty” since she joined the district in 1993. Her career has included serving as assistant principal at Herkimer Elementary before coming on as high school principal in 2013.

Since her arrival at HHS, the building-level high school graduation rate has risen from 69% to approximately 86%, which Mr. Miller noted is a “staggering increase.”

Ms. Tomaso, who has successfully nominated teachers for the same award in the past, said that it was different to be the one standing on the stage this time around.

“It’s always been a way for me to recognize what other people are doing,” she said, but added that it was an honor to receive the recognition and to represent the school and the district.

“Ms. Tomaso’s tireless dedication and commitment to our school  community has been instrumental in helping the district restore a culture of success at Herkimer High School,” Miller noted, adding that Ms. Tomaso has been “instrumental” in “restoring Herkimer pride … and proudly representing the Herkimer Central School District throughout our community.”

“I enjoy being a liaison for the community,” Ms. Tomaso said, adding, “Pride in our school and our district is something that’s very important to me.”

In addition to Ms. Tomaso, other Herkimer CSD educators who have been recognized by the Genesis Group include Heather McCutcheon, Kathy Carney, Ryan Orilio, John Krause and Kathy Orts.