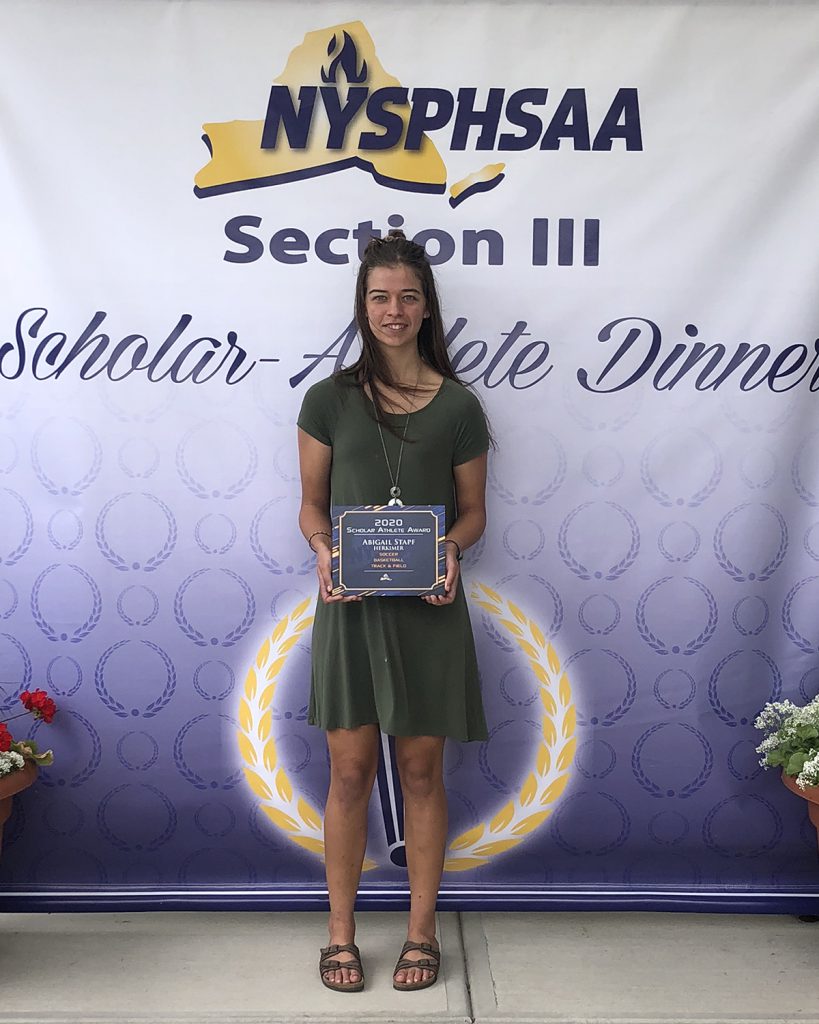 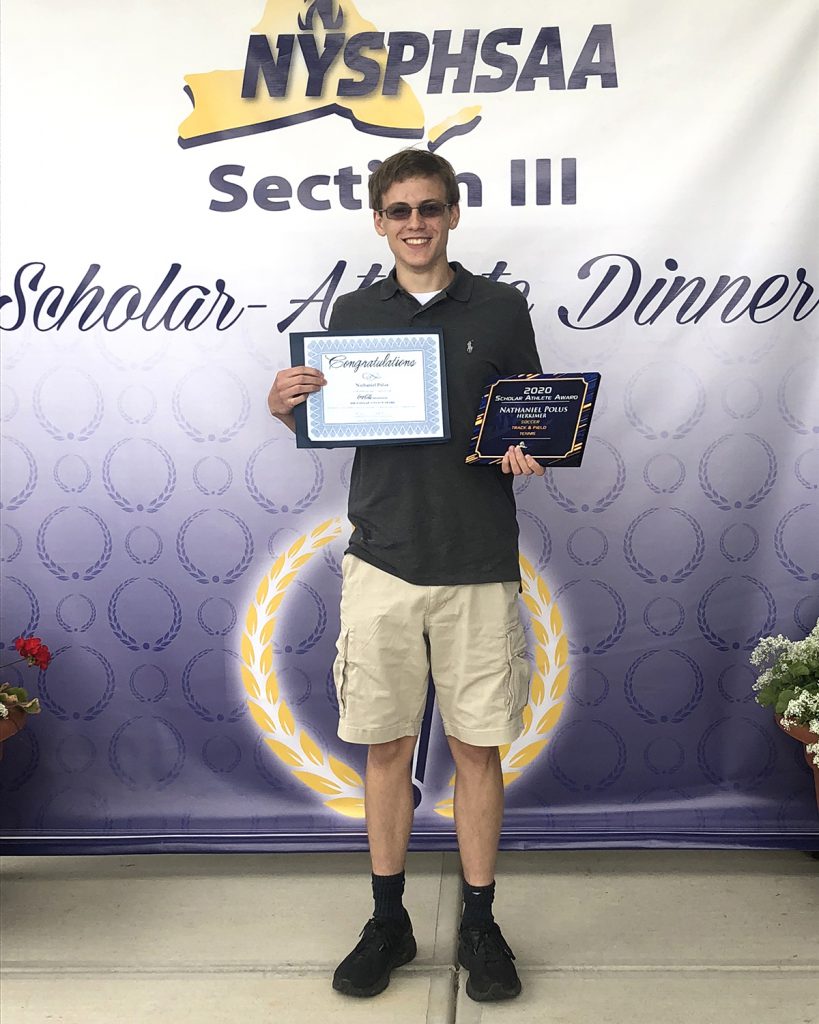 This year’s Scholar-Athlete Program was televised on CW6, and Abigail, Nathan and the other scholar-athletes were presented with their scholarships, plaque and awards program at the Section III office.

Both Herkimer students received $100.  In addition, Nathaniel was one of only a few students to receive an extra $500 for one of the Coca-Cola scholarships presented.

According to CNY Central, the program recognizes two high school seniors from each school “whose academic and athletic careers have been exemplary, whose personal standards and achievements are a model to others, and who possess … integrity, self-discipline and courage.”

At Herkimer, Abigail Stapf has competed in soccer, basketball and track and field. She plans to attend Utica College.

Nathaniel Polus has competed in soccer, indoor track and field, and tennis. He plans to attend Worcester Polytechnic Institute to study aerospace.