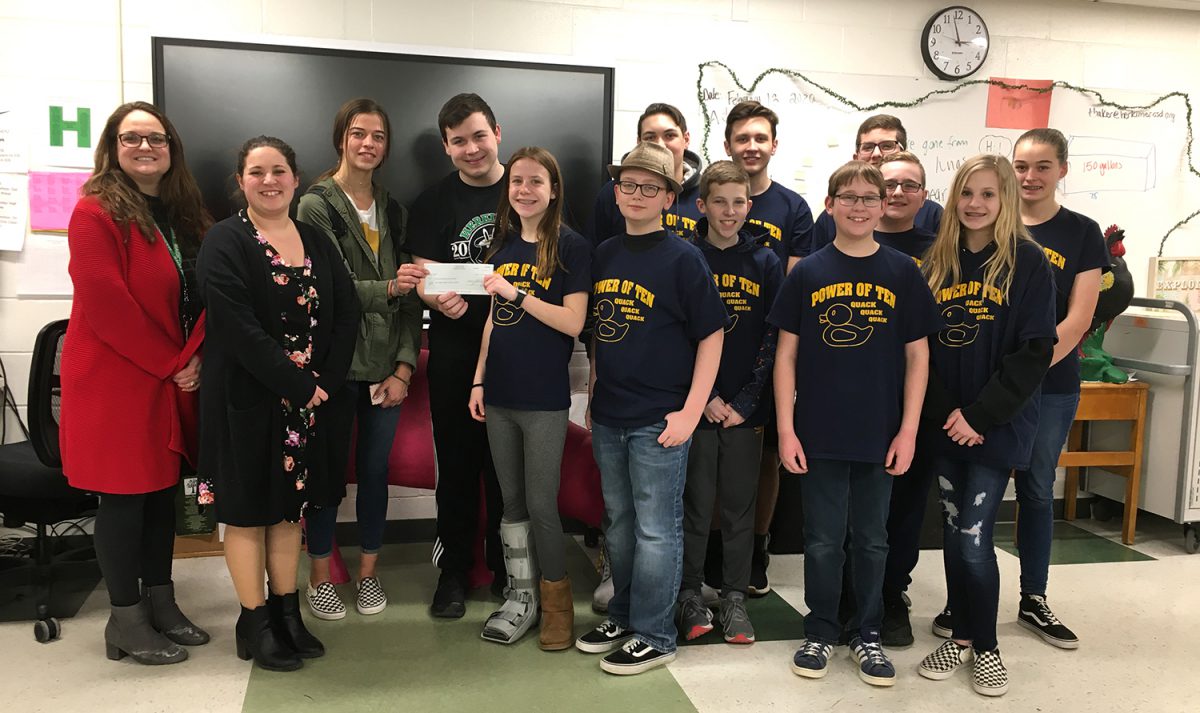 Herkimer Jr./Sr. High School’s LEGO League team got a fundraising boost on Thursday in the form of a $500 donation from Student Council.

The “Power of T.E.N.” LEGO League team took home first place from the regional competition at SUNY Polytechnic Institute in January, earning an invitation to the 2020 World Festival in Detroit this spring.

“We are so proud of you guys for making it this far,” Herkimer Jr./Sr. High School Student Council President Joseph Carney told the team as he presented them with a check for $500.

The team is more than halfway to its goal of raising $10,000 to pay for the trip to Detroit, bolstered by the donation from Student Council.

“We wanted to reward them for their hard work,” Joseph Carney said of the donation, adding, “It’s not often that this accomplishment is made.”