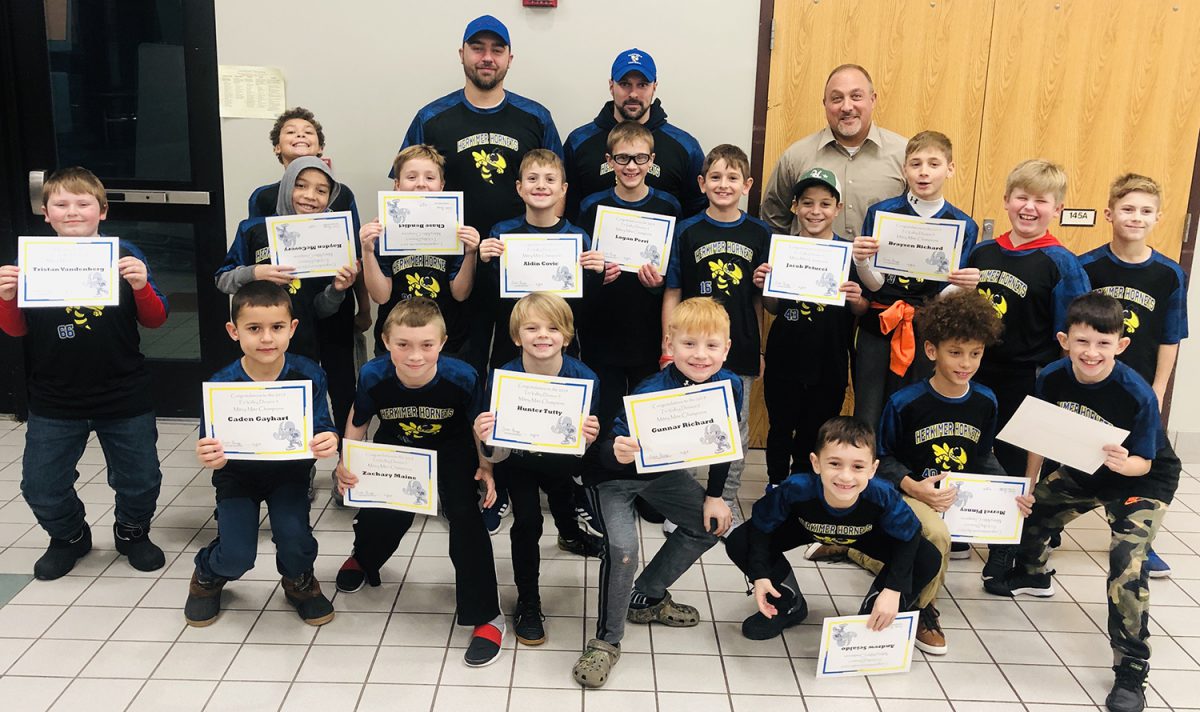 HES athletes were honored at a meeting of the Herkimer Central School Board of Education in December for bringing home a Pop Warner football title.

The Herkimer Hornets team defeated Camden back in October to take home the Tri-Valley Pop Warner Division III Mitey Mites championship. Herkimer went on to compete in the Eastern Regional championships, besting the Watertown Giants in the quarterfinal round before falling to Southwest Gold in the semifinals.

The team of 7- to 9-year-olds is coached by Scott Petucci with assistants Scott Scialdo, Chris Perri and C.J. Gayhart.