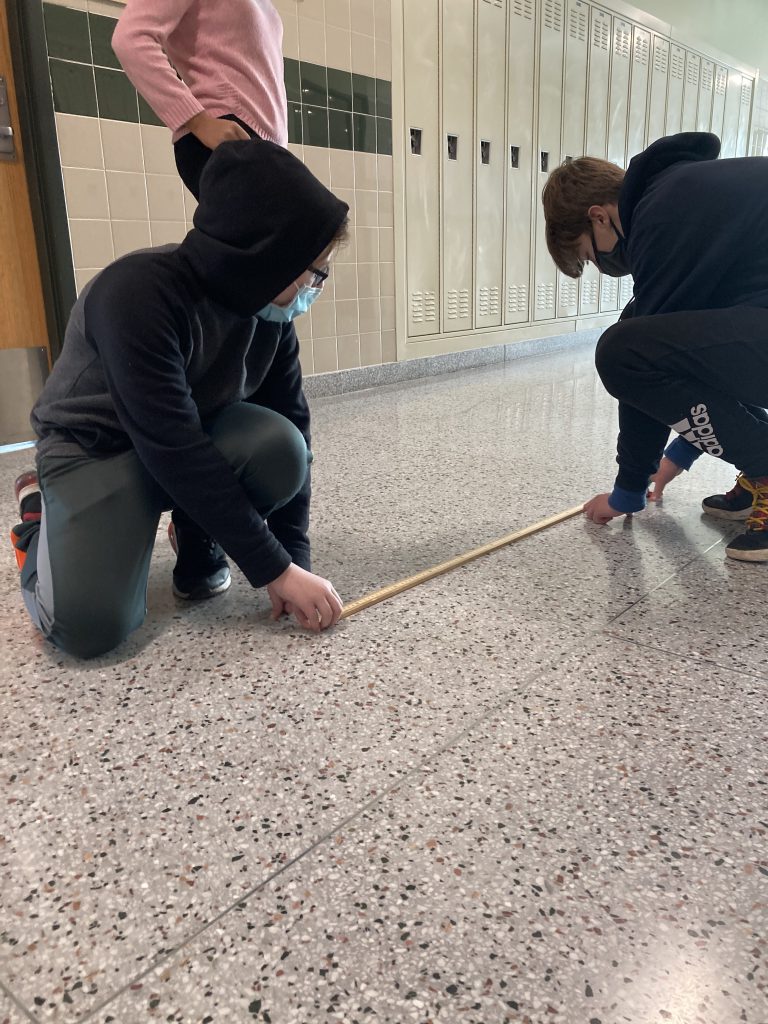 Grade 8 math students at Herkimer Jr./Sr. High School recently took the skies of the hallways to gain a better understanding of the rate of change.

Students created paper airplanes and timed their flights in seconds while measuring distance in millimeters. 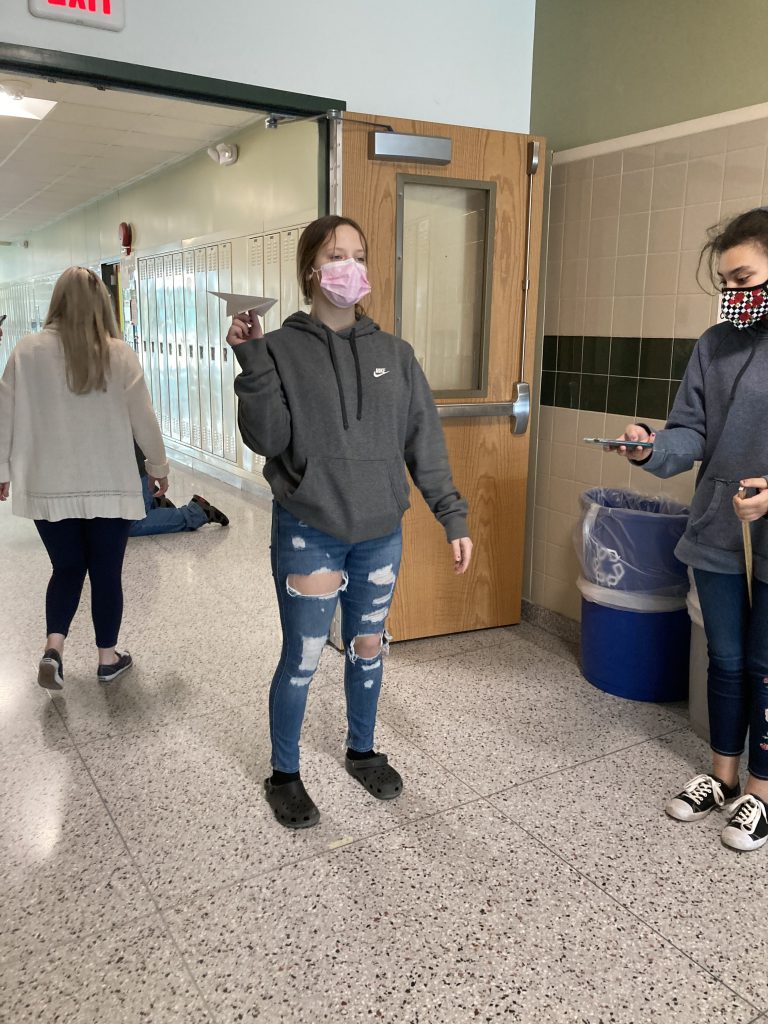 “After students found the speed of the plane they took their information and made linear equations in the form y=mx, filled in a table and graphed them. They then compared their equations and graphs with others in their class to determine who had a greater rate of change.”

The activity coincided with the New York State standards for math, and McGraw was looking for a way to create a hands-on activity that would engage students.

McGraw stressed the importance of learning these skills, because unit rate is a concept students will use later in life. She said the activity focused on millimeters per second, but in class, they also talked about comparisons, such as price per ounce while shopping in the grocery store, or how many miles per gallon a car gets.

“Students need to be able to understand and compare rates. This will help them make educated choices on what is the best option when faced with these kinds of decisions in the future,” she said.

“My favorite part was being able to work with my classmates; it felt normal,” she said.