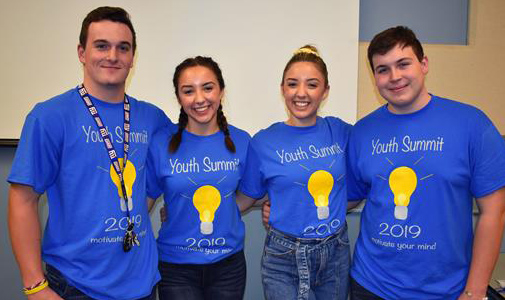 Herkimer Central School District students and faculty were in the spotlight at the recent 2019 Herkimer County Youth Summit, held Oct. 31 at the Herkimer-Fulton-Hamilton-Otsego BOCES William E. Busacker Complex in Herkimer.

Student facilitator Sofia Randazzo of Frankfort-Schuyler praised Olds’ remarks, telling Herkimer BOCES, “I really think that everyone enjoyed it,” adding, “I think she was very impactful.”

Herkimer High School senior Joseph Carney was one of four student master facilitators for the event, a role he has held for the past three years.

Carney, who serves as Student Council president, spoke about the importance of putting the lessons of the Youth Summit into practice.

“I think it’s very important that we take things back to our schools,” he said. “If we don’t follow through, no changes will be made.”